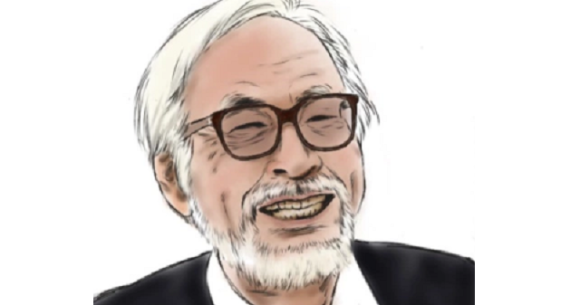 Why did Hayao Miyazaki agree to release the Studio Ghibli animated films on Netflix?

Studio Ghibli is known to be fiercely protective of their animated films, even once sending a samurai sword with the words “no cuts” to Harvey Weinstein, who wanted to make cuts in the US release of Princess mononoke.

Animation studio co-founder and legendary retired director Hayao Miyazaki is also famous for his salty comments against electronics and anime fans, so when Studio Ghibli suddenly announced that they were allowing Netflix to broadcast almost all of their films, it was an unexpected move that took many people by surprise.

So why this sudden urge to share their films online?

Well, according to Miyazaki’s longtime friend and Ghibli co-founder and producer Toshio Suzuki, it all comes down to money.

Speaking at a live conference on March 7 in the Shibuya district of Tokyo, Suzuki spoke about the digital distribution deal with Netflix, saying: â€œCinemas and DVDs are important, but I think distribution is also important. “

He went on to say that after the ban on digital distribution of films was lifted, he was successful in persuading Hayao Miyazaki to release the films on Netflix by saying “The money he earns can cover the cost of producing your film.”

Suzuki made the revelations by participating in a chat session at HMV & BOOKS Shibuya to mark the publication of a photo book featuring the Ghibli Museum titled “Ghibli Bijutsukan no Monogatari” Where “Tales from the Ghibli Museum. “

After talking about the new book, questions were asked about the reasons behind Netflix’s distribution deal, especially since Miyazaki has expressed negative opinions on electronic devices such as smartphones and iPads in the past.

Suzuki responded to questions in his usual friendly and relaxed manner, revealing the real reason the self-enforced “ban” was lifted on digital distribution.

â€œHayao Miyazaki is making a film, but it’s really taking a long time. When this happens, it is only natural that it requires a lot of money as well. I told him that could cover the production costs of this film. When I said that, he said, â€œWell, there’s nothing I can do then. ”

Suzuki laughed good-naturedly as he shared how he persuaded one of the country’s most stubborn and stuck-up anime directors to give his consent to the digital distribution deal.

â€œFirst of all, Hayao Miyazaki doesn’t know exactly what video streaming services like Netflix are. He doesn’t use personal computers, he doesn’t use smartphones. So when you talk to him about digital distribution, he just doesn’t get it.

Suzuki’s concerns about finances and distribution come naturally to him as a producer, so it’s understandable that Miyazaki, in the director’s chair, tends to be less interested in these issues and more engrossed in his creative process.

So why did they choose Netflix?

â€œWith Netflix we’re starting to see new movies made on the streaming service, which I think is interesting. At the same time, they are making films based on projects that film companies would never have consented to before. This is due to on-demand distribution, and I think that’s a very good thing.

Suzuki has appeared to praise the online streaming service and how it has pushed the boundaries of cinema with original releases in recent years.

Being more aware of the dynamic changes that are taking place in the way people watch movies these days, it seems like we have to thank Suzuki for bringing the famous Miyazaki into the world of online video streaming.

Seeing as Miyazaki came out of retirement to make what he says is his last movie, this fetish project, which he wants to be a legacy that he leaves to his grandson, is so close to his heart that he will even consent to a digital broadcast to see it end during his lifetime.

Sources: Yahoo! Japan Going through Hachima Kikou
Images Â© SoraNews24
â— Do you want to know the latest articles from SoraNews24 as soon as they are published? Follow us on facebook and Twitter!