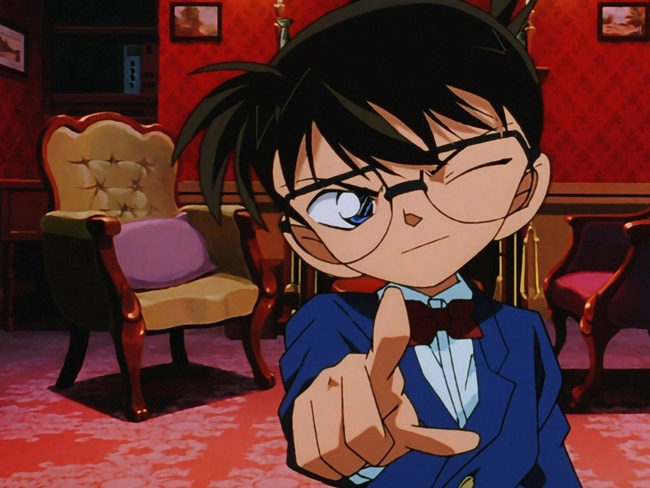 The Shounen anime has been making big waves in the anime community lately. And now with the upcoming release of more shounen movies like Jujutsu Kaisen 0 and My Hero Academia: Heroes’ World Mission, we’re here to bring you some of the best shounen anime that you might not have heard of. !

A brief explanation of the shounen anime: It’s a genre intended primarily for an action-packed young male audience. Personally, I think everyone can enjoy shounen, and it’s a genre that has a broad audience base that’s more than young men.

Not to say too much, but this is the anime’s first Hashira team and highlights the Flame Hashira Rengoku Kyojuro. All of the events take place in the train and gang battles with Enmu, a lower rank demon, and ultimately Akaza, a higher rank demon in search of Tanjiro.

The last one: Naruto the movie 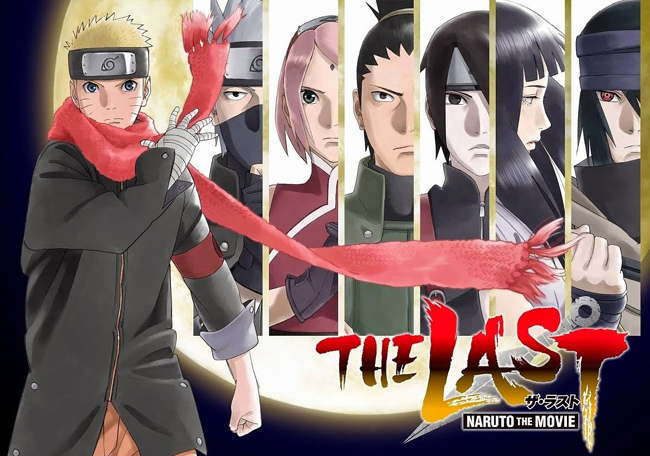 One of the big names in shounen anime and anime in general, Naruto is a name almost everyone is familiar with. In this movie, the characters you know in Naruto are now young adults and will become adults in the sequel to the movie (Boruto: Naruto The Movie).

The film is set two years after the Fourth Great Ninja War, and the ninjas are tasked with saving a kidnapped Hanabi. While the film focuses on the relationships between its characters (confessing feelings and all that), there’s still a fair amount of action going on. 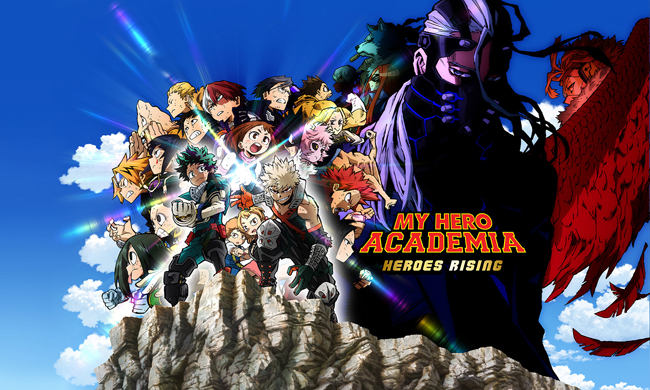 This time, the heroes in formation are placed on an isolated island to complete their hero tasks. But as luck would have it, their island becomes the target of a villain determined to steal a certain “quirk” to make himself stronger.

The small island is then attacked by a group of villains and these heroes must protect everyone and fend for themselves, making sure that the villain does not get what he wants. There is a lot of explosive action and fun moments in this movie, and their strategy gets you excited for the result.

Hands down, the best part of the MHA anime is its characters and the way they push each other over the top, inspiring everyone. As mentioned earlier, there is also another upcoming MHA movie known as World Heroes’ Mission. 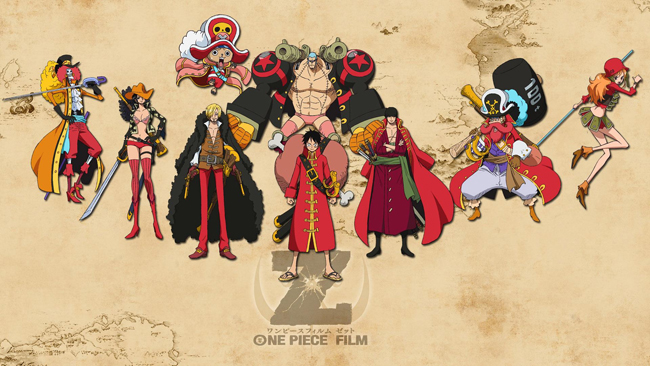 One of the longest iconic shounen anime of all time, One Piece. This is the 12th film in the franchise and it focuses on the fight between the former Admiral ‘Z’ of the Neo Marines and the Straw Hat Pirates as well as the Neo Marines themselves. The Dyna Stones kept by the Marines were stolen by Z and are very powerful, so naturally everyone is fighting to get it.

There’s a lot going on in this movie, but it definitely tells a great story without leaving anything behind. It’s action packed with lots of battles between different games and twists and turns. You will learn about Z’s righteous motives and past, even though he is ultimately defeated. 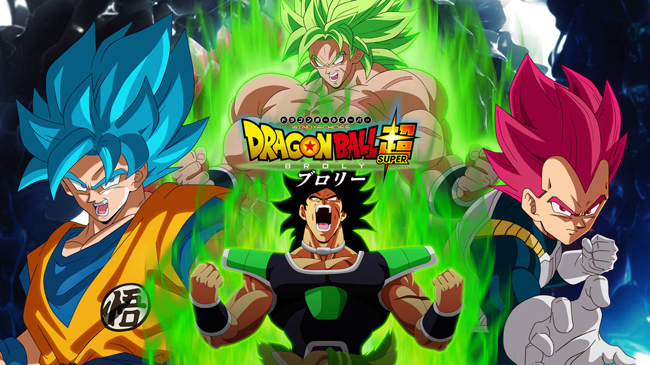 As one of the highest grossing Dragon Ball movies of all time, you know you’re in for a treat. Growing up, Dragon Ball is a household name in many places and is probably the anime most people associate with.

Dragon Ball Super: Broly is a movie that fixes the Dragon Ball timeline and messed up storylines. It helped clear up the story between Saiyans and Frieza and bring Broly into the timeline. With top-notch action sequences inserted into the film, each of the characters have their own moments brought to light. 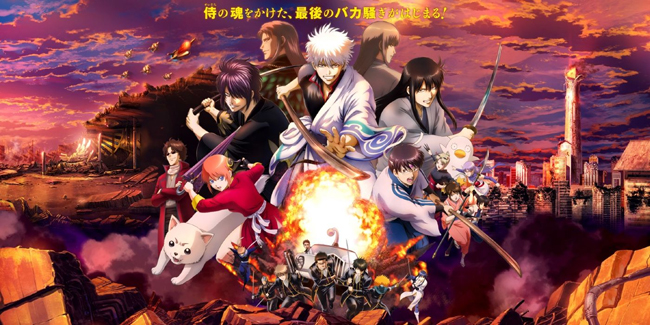 If you’re looking to have a good time and a good laugh, maybe Gintama is the anime you should watch. Gintama: The Final is the last film in the franchise as the manga and anime have also come to an end. That said, it ended on a high, beating Demon Slayer at the box office this year.

As this movie is the conclusion of the franchise, this is not a movie to miss. The film brings together all the elements that make Gintama such an anime beloved by its fans: action, ridiculous comedy, sentimental moments, and well-rounded characters.

Another household favorite, Detective Conan! The ghost of Baker Street is a crossroads into the world of Sherlock Holmes, which honestly had to happen. This movie was also the last in the Detective Conan series to be made with traditional animation, so it’s a nostalgic treat.

Conan and his friends attend a virtual video game premiere in London, but found themselves in an unpleasant situation where they would have to solve the game’s puzzles in order to survive. The game brings all the characters of Sherlock Holmes to life: Sherlock, Watson, Moriarty and even Irene Adler.

If you’re looking for new ventures, another Detective Conan movie is coming out soon – The Scarlet Bullet. 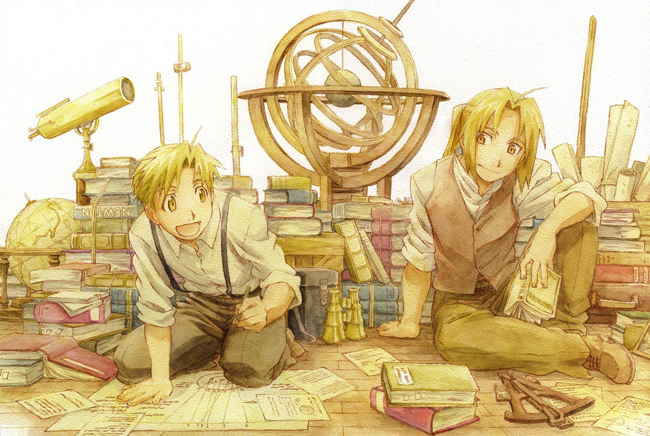 It’s a nod to the Fullmetal Alchemist franchise, and if you’re an FMA fan, it’s worth a look. The film serves as the conclusion to the animated series (not to be confused with FMA: Brotherhood). Conqueror of Shamballa sees Edward fighting to return home from a 1920s parallel universe after sacrificing himself to save his brother, Alphonse.

Say what you want about Fullmetal Alchemist, its only selling point is the brotherly bond between the two main characters. While the film didn’t put too much emphasis on darker topics like the series, it was still a really good animated film that wrapped it all up nicely. 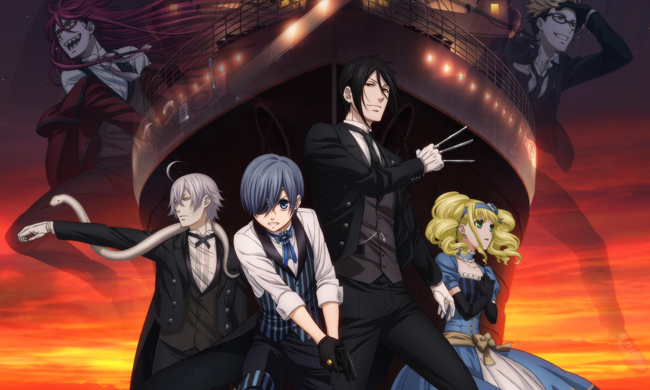 Kuroshitsuji or better known as Black Butler is an ongoing manga series, although its anime seems to have ended a few years ago. Even so, his film based on the Atlantic Book arc is still as intriguing and dark as ever.

The film sees Ciel, Sebastian, and Snake on a journey to investigate rumors of a company experimenting to bring the dead back to life. Aboard the ship, they meet familiar faces who have helped them uncover the dark secrets of the undead experiments. Again, it’s interesting how so much can happen in one place.

Stay close to me Doraemon 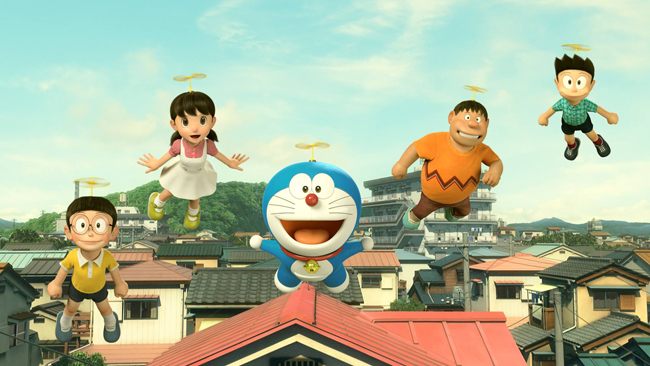 This movie might appeal to the younger ones on the shounen spectrum, but really, if you grew up watching Doraemon, Stand By Me is sure to bring you some nostalgia. The movie ended up being the highest-grossing Doraemon movie, so the nostalgia factor really worked.

Doraemon is a futuristic cat robot sent to the past by Nobita’s great-grandson to help her have a better lifestyle and lead a happier life. Nobita is constantly bullied and seen as weak by his classmates and friends, so he really needs help.

There is a bittersweetness to the movie because when Doraemon succeeds in making sure that Nobita has a good life, he has to go. An interesting euphemism for growing up. Even so, this movie is the introduction to the birth of the Doraemon and Nobita anime. PS: there is also a second film.

All of these movies are available on iTunes for you to watch or, if you want to send a friend or family member a movie love, you can get them an iTunes gift card from OffGamers by clicking here.

10 animated films that can be enjoyed by children and adults