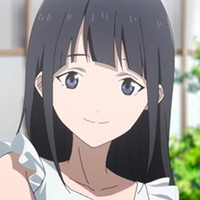 The next pair of animated films, To everyone I’ve loved before and To me, the one who loved youhas a pair of new posters todayshowcasing the reflective and connective tissue between the two stories ahead of their October 7 release. Both posters show their pairs of protagonists living their lives and bonding in parallel worlds.

To everyone I’ve loved before 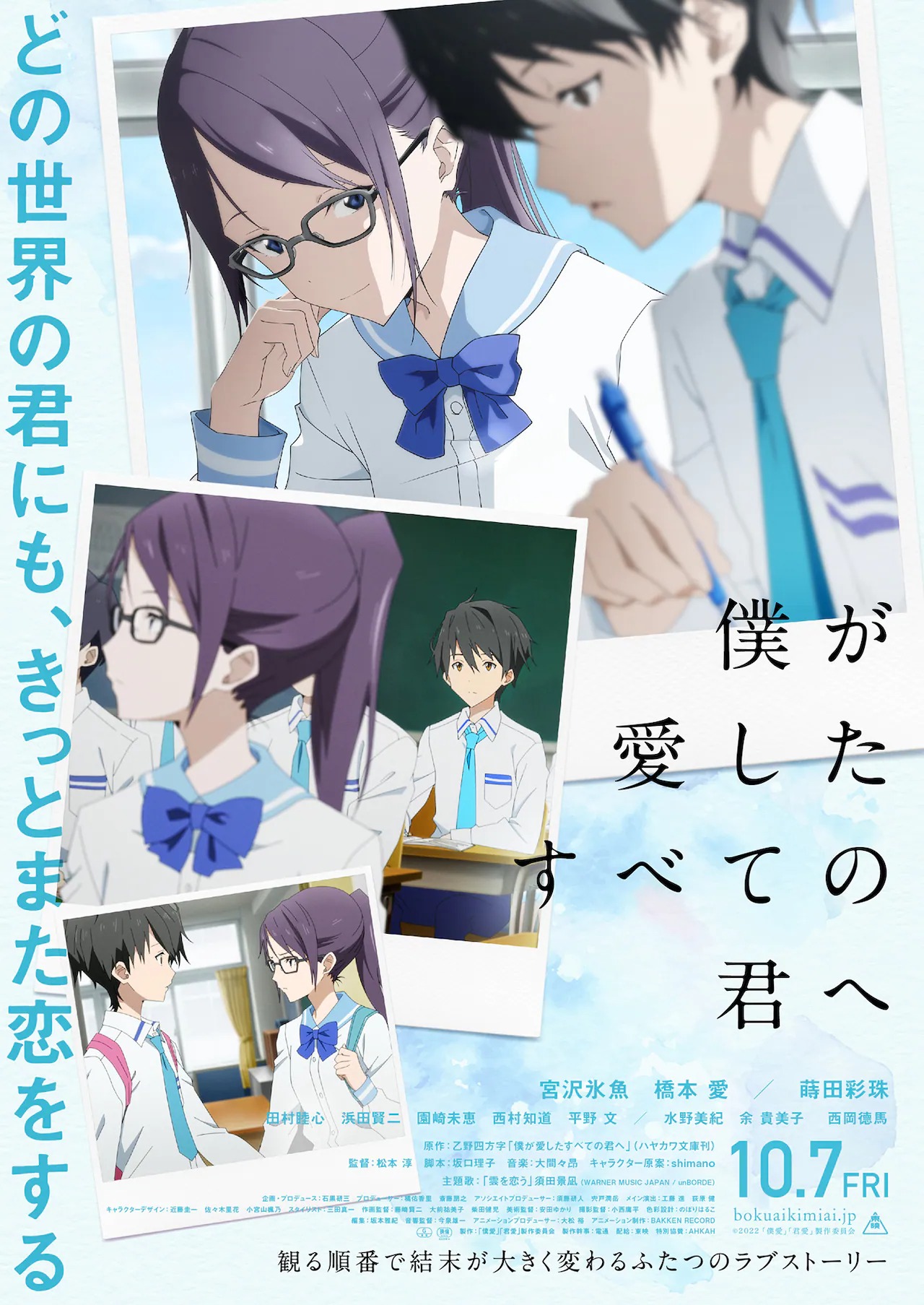 To me, the one who loved you 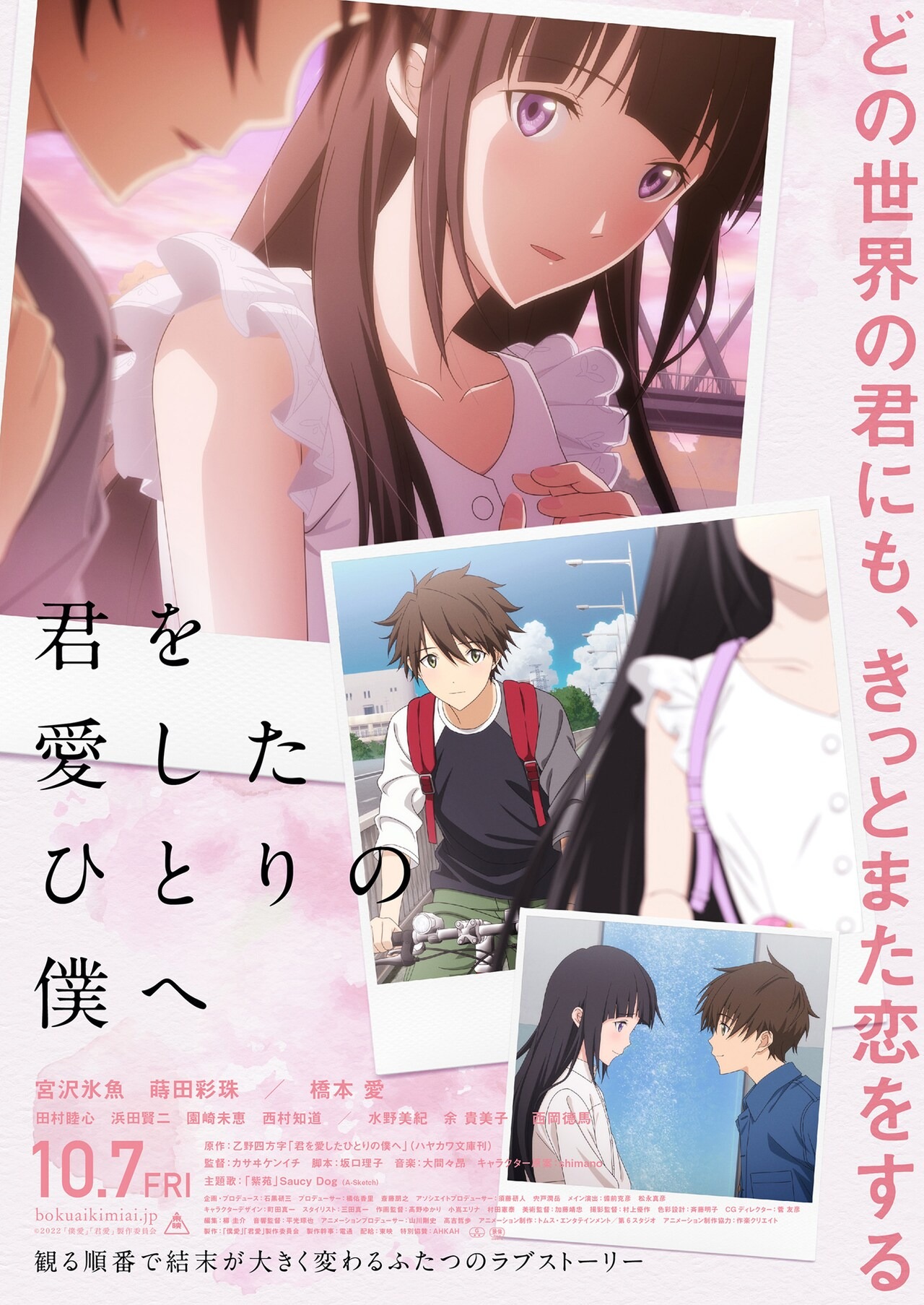 Both To everyone I’ve loved before and To me, the one who loved youknown in Japan as Boku ga Aishita Subete no Kimi e and Kimi or Aishita Hitori no Boku and respectively, were written by Yomoji Otono and are set to be released in English by Seven Seas Entertainment. Here’s how the publisher describes the novels:

To everyone I’ve loved before:

In a world where people regularly travel between slightly different parallel universes, Koyomi Takasaki lives with his mother after his parents’ recent divorce. Clumsy and studious, he struggles to make friends at his new school, until his classmate Kazune Takigawa seeks him out. She claims she moved here from another world where she and Takasaki are lovers… But could he be the one who actually comes from a parallel world?

To me, the one who loved you:

In the world of Hidaka Koyomi, traveling between slightly different alternate universes is commonplace. After her parents’ recent divorce, Koyomi lives with her father and falls in love with a girl named Shiori Sato when they meet at her father’s workplace. But their young love seems doomed when their parents remarry. Is there a parallel world where Koyomi and Shiori can be together as lovers, not half-siblings…and what could be the price if they tried to find out?

The To everyone I’ve loved before The animated film is directed by Jun Matsumoto at BAKKEN RECORD, while the Joh Me, the one who loved you The anime film is directed by Kenichi Kasai at TMS Entertainment. Both films were written by Riko Sakaguchi and are set to be released in Japan on October 7.

Daryl Harding is Senior Japan Correspondent for Crunchyroll News. He also runs a YouTube channel about Japan called TheDoctorDazza, tweets about @DoctorDazzaand posts photos of his travels on Instagram.

Netflix Cyberpunk 2077 anime series to be released in September