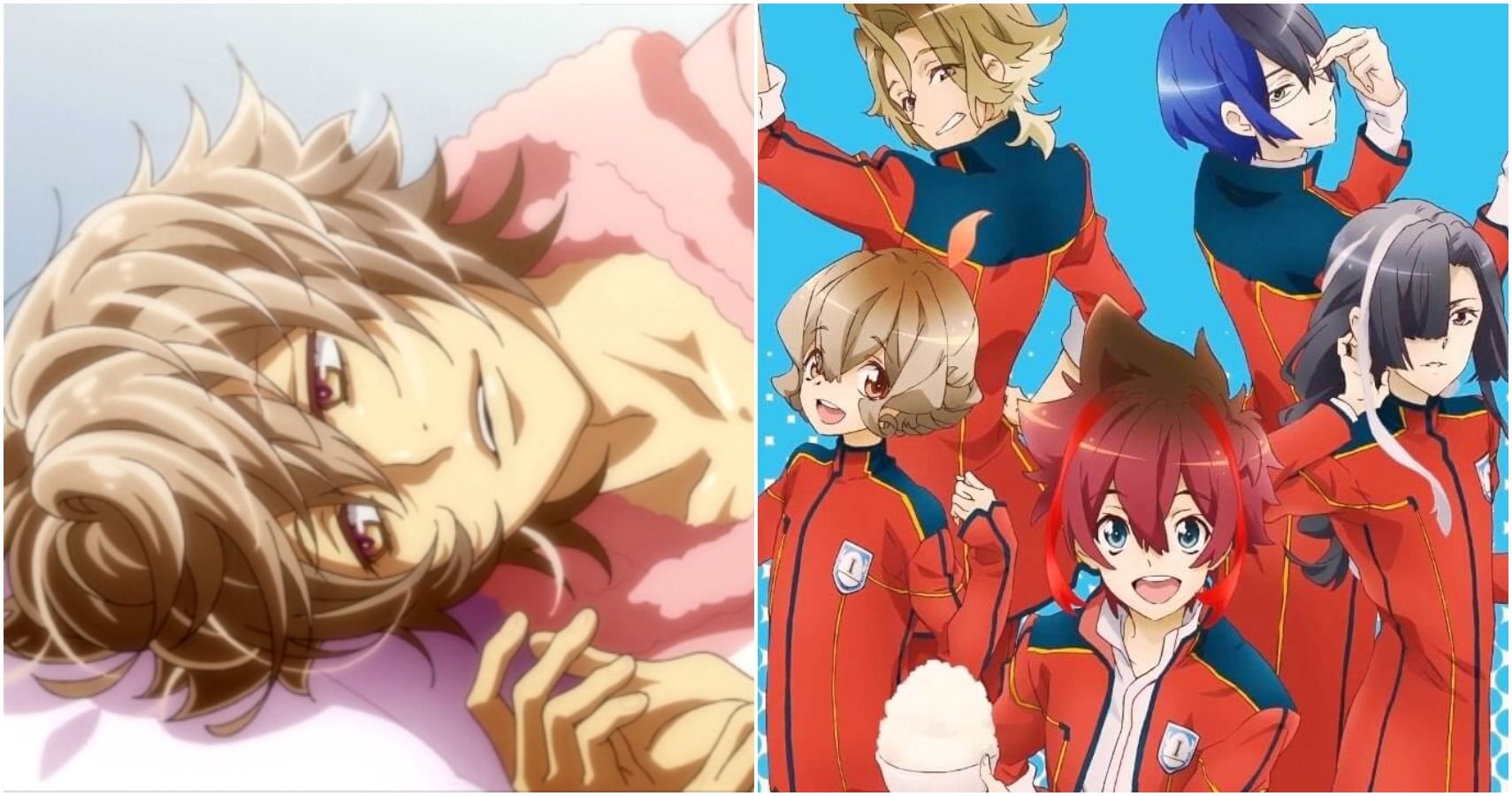 The Worst Slice of Life Anime Shows (Ranked by MyAnimeList)

Slice of Life is a very popular anime genre. The shows under its purview usually focus on small bits of the everyday lives of its characters. This doesn’t always mean it’s a grounded story, as these shows can mix in with other fantasy and sci-fi elements to give themselves a unique flavor. In fact, there’s such variance in what counts as a slice of life that it’s hard to summarize what work in this category looks like beyond this rudimentary explanation.

RELATED: 10 Best Slice Of Life Anime (Ranked According To MyAnimeList)

And alongside this range of content, there is also a range of quality with shows ranging from amazing to mediocre to not great – or even downright bad. This list features the 10 worst anime shows ranked according to MyAnimeList.

Starting the list is Suzakinishi Animation, a TV series that, like many others on this list, runs on the short side, running just 3 minutes per episode. It is a television anime adaptation based on the radio show Suzakinishi and originally aired on Tokyo MX TV, TV Kanazawa, and Sun TV.

The show itself follows the two very young leads as they go through somewhat raunchy jokes while making room to showcase the talents of voice actresses Aya Suzaki and Asuka Nishi. It’s not a big show and that’s why it belongs on this list.

The next step is Urawa no Usagi-chan, an anime made primarily for the purpose of advertising Urawa City in Saitama, Japan. It’s no surprise as Japan has a history of using cute anime girls – these ones are in high school – to promote a variety of products, sometimes to great effect. After all, many popular shows have inspired people to visit the places they were based on.

Unfortunately, this show is cliche and filled with slice-of-life tropes, with characters that are basically already fully defined by their appearances. The series also doesn’t share much about Urawa, making it a failure on all fronts.

Alice or Alice is a show that delves into the daily lives of a pair of twin girls, both bearing the confusing name Alice. The show’s occurrences focus on the mundane occurrences of eating, hanging out with friends, and doing normal pretty girl things. There’s also a weird older brother with a sister complex, a trope often used in anime and also one that never fails to be uncomfortable.

It’s based on a manga series that’s been around since 2013 and focuses on the brother’s rather boring interactions with the mostly female cast, enhanced by a simple art style and one-dimensional characters.

looking at life is not as evil as its name suggests. It actually refers to peeking into the lives of people in Japanese society. It uses an all-CGI art style, and in its 10-episode runtime, it doesn’t do much except try to show the Japanese, their life, and their culture. Each episode begins in the media, which makes it a bit difficult to immediately understand what is going on.

It also goes out of its way to include all the nuances of how Japanese citizens speak. Ultimately, the scale of the show is small and focused on never more than two characters, keeping it simple and rather uninviting.

The next show on this list is another rather stereotypical one, again featuring a cast of female characters. In Akiba-chan viewers are introduced to the titular Akiba-chan and her four other TV and gaming fans, all of whom live in the apartments of the House of Akiba.

What sets this show apart is the fact that everything is played entirely with dolls and CG effects. The individual episodes have stand-alone stories that are cute but shallow, with minimal character development and stiff animation to complete this not-so-satisfying treat.

Hakata Mentalai! Pirirkarako-Chan looks like a show aimed at kids, with its cute talking character who has an overly positive squeaky voice and adorable art style. The show is set in a mysterious shopping mall and follows the main fairy character as she hangs out with other food fairies.

There’s not much to mention in terms of plot or stakes in the series, as there really isn’t any of that to speak of. Instead, Watchers simply follow Pirikarako-chan and his food-themed friends as they go on little adventures and participate in a bunch of light and fluffy activities.

Roommate is an alternative to A piece series, a show initially focused on a male/female audience that told stories about the viewer’s relationship with the cast of on-screen girls. Roommate doesn’t change that formula much outside of swapping his cast for a bunch of well-hung men.

This show is very clearly for those who want to watch men’s eyes, as its story is non-existent and instead focuses on a series of random events. Like many other entries on the list, the characters also fall into superficial tropes that leave the show bland.

Ame-iro Cocoa and its various seasons appear multiple times in the lower ranks of MyAnimeList, so rather than covering the same show multiple times, it was placed by its lowest entry, which also happens to be its first season.

It follows main character Aoi Tokura, who is often mistaken for a girl, and his life as he finds a job at a cafe where he meets the man who captivates him, Keiichi Iwase. The show follows Aoi and her interactions with the cafe cast and is so by the numbers that there is little to be gained by taking the time to watch it.

Like the previous entry on this list, Love Kome: we love rice and its various seasons appear a lot in the lower ranks of MyAnimeList, so it was just ranked by its lowest rated season, which again happens to be its first. This bizarre sight anthropomorphizes Rice into a bunch of cool-looking school kids.

These characters inhabit Kokuritsu Inaho Academy, and the show follows their antics as they attempt to beat the most popular grain, bread, to become the Harvest Show’s HarvestStars. Despite how stupid the concept is, the show unfolds in a frustratingly frustrating way, earning it a spot on this list.

And now for the lowest rated anime show on MyAnimeList, Makura no Danshi. The premise of the show is simple. Each episode begins with a different cute boy who pretends to listen to the audience and hold them when needed. In practice, this means the characters will talk to you about their lives and ask you questions as if they were sleeping with you, much like an adult version of Dora the Explorer.

The characters include types to suit all tastes, like the mature worker, Sousuke Tanaka, and the punk with a heart, Eiji Kijinami. This show ends up being incredibly weird and uncomfortable to watch, ultimately achieving the feat of being life’s worst installment of anime.

WRITE FOR US: Do you have experience in online publishing? CLICK HERE to join our team and write about the things you love!


Following
10 Female Anime Characters Everyone Seems To Love Or Hate

Alice Chen is a young freelance writer based in the Greater Toronto Area. She has written for trade magazines like Your Workplace and Benefits Canada and worked in local newsrooms from North Bay to East York. She’s also a big fan of anime and video games whose kid would be super excited to know she gets paid to write about her hobbies.