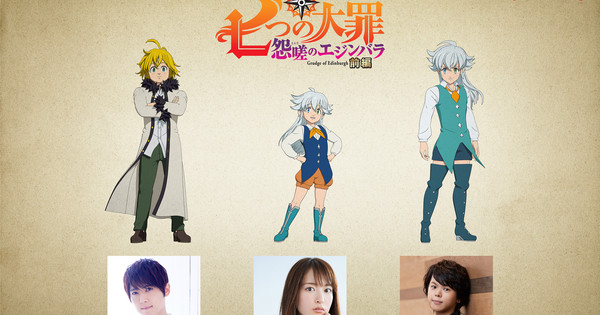 Yuuki Kaji will reprise his role from the main series as Meliodas (leftmost in the image above). Mikako Komatsu will voice Meliodas’ son, Tristan, as a boy (center), while Ayumu Murase will voice Tristan as a teenager (right).

The films will feature a new original story and will center on Meliodas’ son, Tristan. 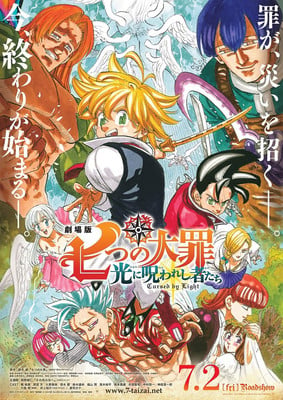 Nakaba-Suzuki launched the The seven deadly sins manga in Kodanshait’s Weekly Shōnen Magazine in 2012, and completed it in March 2020. Kodansha released the manga’s 41st and final volume in May 2020. Kodansha comics publishes the manga in English in digital and printed form. Crunchyroll released new chapters as they appeared in Japan.

Suzuki launched a sequel manga titled The Seven Deadly Sins: The Four Knights of the Apocalypse (Mokushiroku no Yon-kishi) in Weekly Shōnen Magazine January 27. Kodansha comics is simultaneously releasing the manga in English digitally and will also be releasing physical copies of the manga.