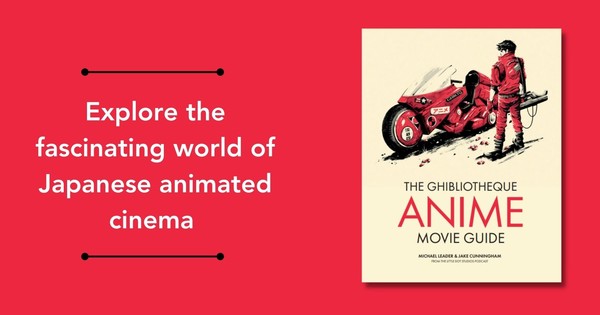 The second book in the Ghibliothèque, to be released on October 13, will cover thirty animated films beyond Ghibli

A second book has been announced based on the Library podcast. Although the podcast began by discussing the films of Studio Ghiblithis book, titled The Ghibliotheque Guide to Anime: The Essential Guide to Japanese Anime Cinemawill cover thirty animated films beyond Studio Ghibliincluding Akira, The facilitator, ghost in the shell, your name., The Little Nordic Prince, Lupine III: The Castle of Cagliostro, Red line and INTERSTELLE 5555.

Written by podcast co-hosts Michael Leader and Jake Cunningham, the book will be released October 13, as a hardcover and Kindle book.

“The Library Guide to Anime offers an accessible tour for newbies to the hugely popular world of Japanese animation, charting a path that encompasses everything from industry titans like Akira, ghost in the shell and your name.to deeper cuts, hidden gems and future classics that any newcomer to the art form must see…

“Each chapter focuses on one of the greatest animated films of all time, with director biographies, recommendations for further viewing, and other trivia complementing each film’s basic reviews and breakdowns. Combined with vibrant film stills and lush posters and portraits, authors Michael Leader and Jake Cunningham reveal the story behind each film, why it’s a must-see, and give readers a welcoming guide through the thrilling world of film. ‘animate.’

It follows on from an earlier book by Leader and Cunningham, Ghibliothèque: An Unofficial Guide to the Movies of Studio Ghibliwhich covered feature films from the studio of Nausicaä of the Valley of the Wind at Earwig and the Witch.

Episodes of the Ghibliothèque podcast are available here. In addition to covering movies from and related to Ghibli, the podcast has also covered anime from Satoshi Kon and the films of the Irish animation studio cartoon living room.