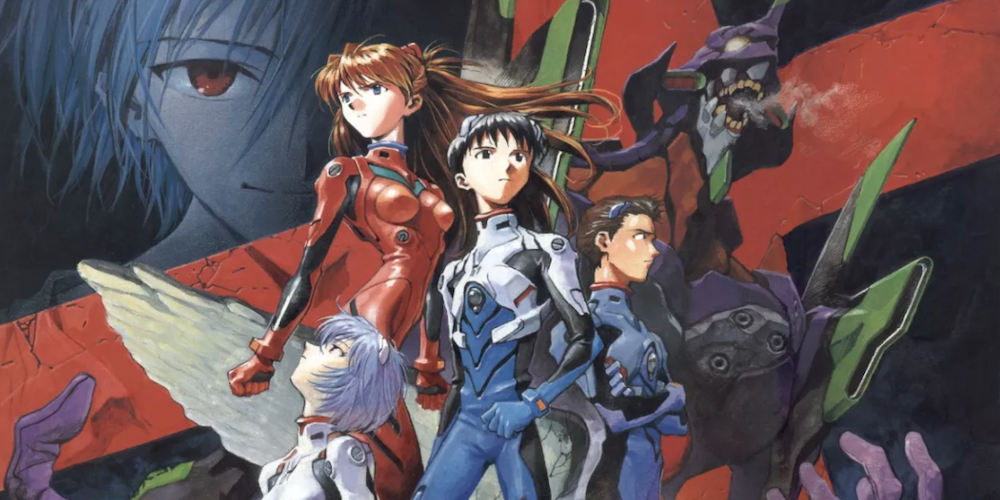 You might have noticed a big influx of anime on Netflix lately.

With Gucci using a A play character as a role model in commercials and Megan Thee Stallion’s “anime verse”, anime has fully entrenched itself in Western popular media.

With so many options, choosing a new anime can be daunting. That’s why we’ve compiled a selection of the 10 best anime to watch on Netflix right now. So, check them out below and get ready to start binging!

Neon Genesis Evangelion is considered a classic for many reasons. The combination of massive, alien humanoid robots and a psychological interest in child soldiers, combined with a classic 90s aesthetic, this anime is a feast for the eyes and the mind.

Anime is experimental and sometimes unsettling. This is all deliberate. Stuck in an interspecies post-apocalyptic war, life is not comfortable. Despite some of the controversy surrounding Netflix’s release of the series (e.g. erasing a gay romance), it’s a must-watch.

This classic is also one of the best anime on Netflix right now.

The main character Gon, a naive but determined child, wants to follow in his father’s footsteps to become a hunter, even after his father abandons him. Hunters are elite warriors tasked with finding treasure, animals, and sometimes humans for bounty.

Hunter X Hunter offers a variety of action and humor and despite the first episode being slightly cheesy, the anime delves into mature and dark themes as it goes. Unlike most shounen anime, in Hunter X Hunter you won’t survive on the power of friendship alone, but you might survive on spirit and determination.

kakegurui is sexy and provocative. It’s an anime about compulsive gambling, elite private school teenagers with more money than they could ever spend, and mind-blowing bets.

We follow new transfer student Jumeko Yabami who doesn’t care about the school’s hierarchical structure and is only interested in gambling with astronomical bets (higher is better).

Visually bold, with crimson smiles, ice-blue hair, and expressions that go from demure to ominous in the blink of an eye, kakegurui is a fast and spicy Netflix Original, and one of the best anime on Netflix.

Ouran High School Host Club plays to various Japanese otaku classics and host club tropes. After the main character, Haruhi Fuijoka is mistaken for a boy, she joins her school’s host club – an elite club in which a group of attractive boys entertain the school girls – in hopes of paying back her huge debt.

The anime also plays on gender roles and embraces gender fluidity. Ouran High School Host Club is light, funny and will make you (kiss kiss) fall in love with it.

Although there have been sports anime in the past, Haikyu!! is the first volleyball anime and with that already unique. It tells the story of two rivals who, in high school, are placed on the same team and forced to reunite.

It might seem like the premise of most anime, but the characters’ passion for sports and masterful character development make this coming-of-age series special.

The disastrous life of Saiki K (one season, 50 episodes)

The disastrous life of Saiki K next could be a typical high school student, Saiki Kusuo, if he didn’t have literally every psychic ability imaginable. Despite being an almost all-powerful being, he still manages to get himself into various sticky situations.

The anime parodies various archetypes that Saiki himself, having god-level psychic powers, is very aware of. The disastrous life of Saiki K is a brightly colored anime that doesn’t take itself too seriously and plays gags on all anime tropes.

children of whales (one season, 12 episodes)

children of whales takes place in a post-apocalyptic future in which a small part of humanity lives on an island, called Mud Whale. This island floats on an endless sea of ​​sand. The majority of whale inhabitants have developed supernatural abilities.

The anime explores what happens when the Mud Whale encounters other islands. Stunning animations, earthy tones and watercolor backgrounds support this tale of emotional intensity and slapstick humor.

naruto is impossible to ignore. Even if you’re unfamiliar with anime, you’ve probably come across TikToks, memes, or other parts of pop culture that reference it.

The anime follows Naruto, a new ninja, as he and his friends complete various missions and battle enemy ninjas. The anime is known for its sharp humor, strong writing, and long-range character development. Also, of course, the Naruto-run.

Ultraviolent and hyper-sexual, the initial impression of this highly stylized anime no longer needs describing. A Netflix Original, it tells the story of Akira, a teenage crybaby turned devil.

Instead of giving in to his devious carnal desires, Akira uses his new powers to try to save a world that has turned into hell.

Your lie in April (one season, 22 episodes)

Your lie in April follows young piano prodigy Kousei who loses his ability to hear music after the death of his overbearing mother. His world changes when, years later, he falls in love with the talented and cheerful violinist Kaori who makes him want to play again.

This anime might leave you with an emotional wreck, but it will do so delicately and with great introspection.