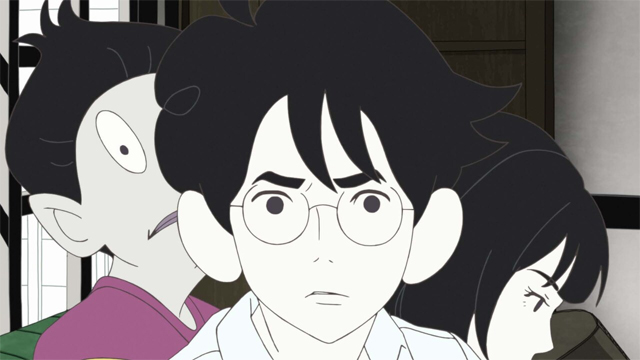 Before the premiere of Jatami The Time Machine Blues first episode on Disney+ in Japan on Wednesday, the series published the opening film of the anime series/movie hybrid sequel/spin-off to The Tatami Galaxy TV anime. The anime directed by Shingo Natsume, about Masaaki Yuasa for the franchise after his retirement, will also be getting a theatrical version which is set to hit Japanese theaters on September 30.

The story of Tatami Time Machine Blues takes place during a sweltering summer day when Ozu, the protagonist’s “terrible friend”, accidentally drowns out the sole remote control of their apartment’s air conditioning unit. As they discuss their predicament with the protagonist’s raven-haired lover Akashi, a time-traveling college student, dressed sloppily, arrives from 25 years in the future, prompting the protagonist to borrow his wind-up machine. time in an effort to snatch the remote from the past before it breaks.

Tatami Time Machine Blues unfolds over six episodes airing weekly on Disney+ starting September 14, with the fifth and sixth episodes releasing together on October 12. The series is also being compiled into a movie, which will be released in Japan on September 30 in Japan for a limited number of three. duration of the week. The sixth episode is an exclusive story that will only be released on Disney+.

sonny boy director Shingo Natsume directs Tatami Time Machine Blues at Science SARU, taking over from Masaaki Yuasa who led The Tatami Galaxy and spin-off animated film The night is short, step on the girl. Disney+ will stream the series internationally, although no date has been confirmed at this time.

10 best animated movies of all time