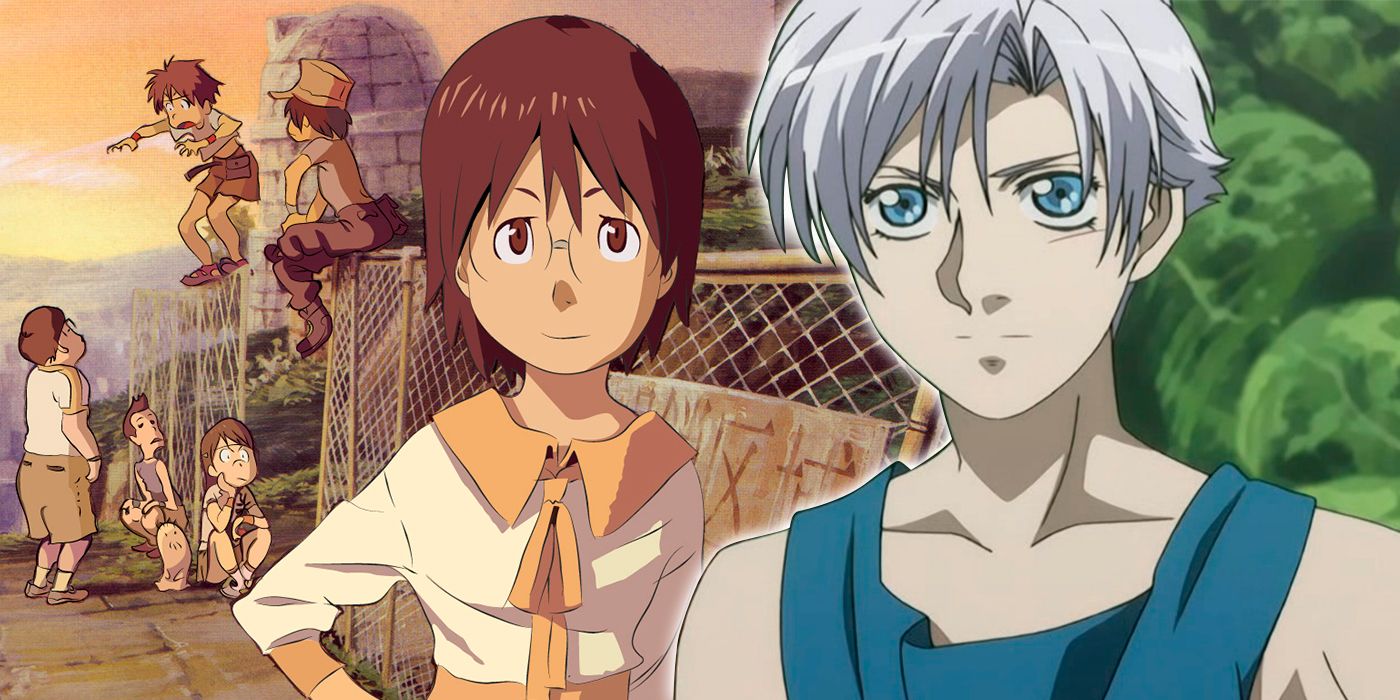 Sci-fi has always been a popular manga and anime genre, with some of the very first mainstream and commercially successful shows falling into this category – among them the likes of Astro Boy (1963-66), gatchaman (1972) and Urusei Yatsura (1981-82). However, despite the plethora of sci-fi anime currently available and the enduring popularity of the genre, relatively very few of these titles fit the shojo demographic or feature typical shojo-style story beats.

Even sci-fi cartoons featuring female protagonists, such as ghost in the shell, tend to be designed to appeal more to a male demographic, with an emphasis on action/adventure, strong military themes, or an emphasis on fan service. Meanwhile, the kind of emotional drama that often punctuates shojo titles is given less prominence. Still, that doesn’t mean there aren’t shojo-based or shojo-style sci-fi shows available. Here are some of the best of them.

Thor and Rai Klein are 11-year-old twins who live on the Juno space colony. However, upon returning home one day to find their parents murdered by unknown killers, the boys are taken and abandoned on Chimaera – a secret planet used as a penal colony – where day and night each last for 181 days, the carnivorous plants dominate the environment. and a feudal society reigns supreme. In order to escape and uncover the truth behind their parents’ murder, the twins must survive on this unforgiving planet – or die trying.

Based on a manga that started appearing in shojo magazine LaLa in 1993, the animated adaptation of Juu Ou Sei (Beast King’s Planet) was released in 2006. Now one of the best-known sci-fi anime to be directly based on a shojo manga, the show is still a hidden gem nonetheless. Fast, exciting and very imaginative, Juu Ou Sei is a ride few sci-fi anime fans will want to miss.

To Terra is a dramatic space opera for the ages

In the distant future, humanity has long since abandoned an uninhabitable Earth and colonized the stars. Supercomputers known as Superior Dominance control the government and humans have their memories wiped at age 14 once they pass an “adulthood exam”. Only an evolved human race called Mu, who have evolved psychic abilities, escape Superior Dominance’s control and are therefore labeled as the greatest threat to humanity. When 14-year-old Jomy Marcus Shin is saved in the nick of time by the Mu, he must ultimately decide the fate of not just himself, but the entire human race.

Although originally published in Monthly Shonen Magazine in 1977, Towards Terra (Land and…) is written by renowned mangaka Takemiya Keiko, who was instrumental in transforming the landscape of shojo manga in the 1970s and beyond. As is Towards Terra The anime series, released in 2007, features many familiar shojo narrative elements, including a slow-growing but highly emotional plot, extensive character development, and quietly powerful relationships that provide momentum to the overall story.

The year is 2356 and humanity has recovered from the colossal damage caused by a supernova nearly 200 years earlier. To protect Earth from a second supernova, huge space colonies called Foundations were built throughout the solar system. The Stellvia is one such foundation, where bright-eyed student Katase Shima aspires to become a pilot, studying alongside her classmates to learn about space and defend her home. A tumultuous journey awaits him involving both mental and physical challenges, friendships, enemies and of course, love.

As Original Animated Series, 2003 Stellvia of the universe (Uchuu no Stellavia) cannot be considered a shojo anime per se, although that does not preclude it from featuring many common shojo-like themes and storytelling tropes. Although it combines several genres, including sci-fi, mecha and even action/adventure, StellviaThe emotional core of usually revolves around his relationships, both positive and negative. As the series progresses, Shima and Otoyama Kouta’s budding romance takes center stage, eventually becoming the heart and soul of the series.

In the near future where augmented reality has become part of everyday life, elementary school student Yuuko “Yasako” Okonogi has just moved to the city of Daikoku with her family. Her grandmother, known as Mega-baa, runs a shop specializing in illegal tools capable of interacting with the virtual world. Part of a group of friends who investigate urban legends and viruses in the virtual world, Yasako and the team aim to unravel the mysteries of their half-physical, half-digital city, but uncover much more than they only thought possible in the process.

Released outside of Japan as Coil – A circle of childrenthe 2007 Coil Dennou is another anime original, although a light novel and a manga were released in the same year, the latter published in shojo magazine Ciao. Dubbed by one reviewer a sort of spiritual successor to Serial Experiments Lain, Coil Dennou is nonetheless surprisingly kid-friendly, and the anime is just as interested in its deliberately paced character development and intricate relationships as it is in its wonderfully detailed world-building. It’s certainly not hard to see why the show has received so many accolades; the only mystery is why it still seems to be almost criminally under-policed.