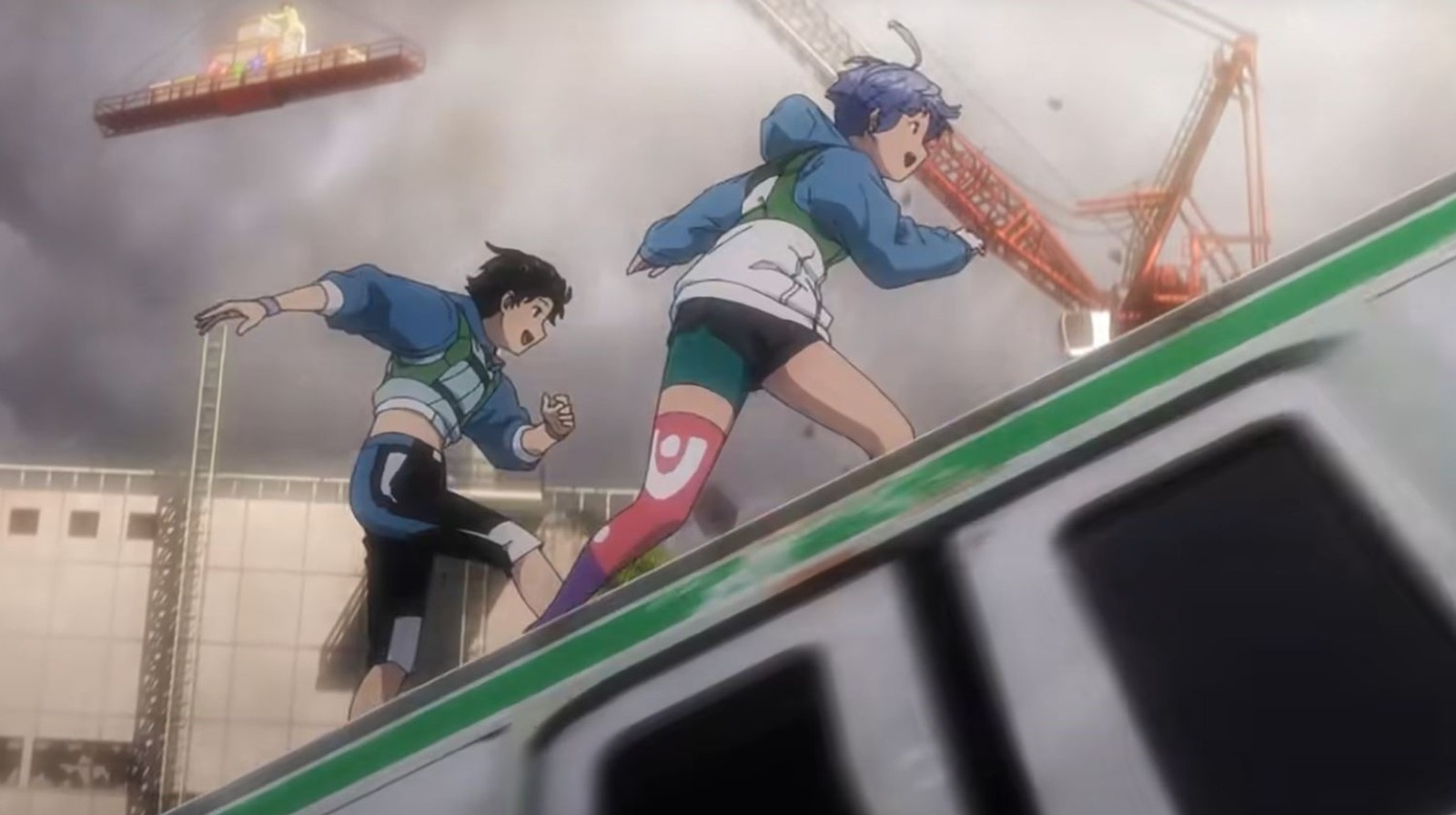 The trailer for “Bubble” expands on the stunning visuals of its first teaser, without revealing too much about the story. It appears to be set in a future where gravity is just messed up, with floating debris and buildings surrounding Tokyo. It also makes it clear that going forward everyone is very in parkour, which seems like a better future than “Death Race 2000” at least. The parkour shots resemble the ODM gear-swinging scenes from “Attack on Titan,” which were some of the most visually impressive of those early seasons. There are also some interesting mermaid imagery and a relationship between a young boy and a mysterious girl with mysterious power at the center of it all, giving off strong Makoto Shinkai vibes.

What makes “Bubble” instantly stand out is its staff, which is just a who’s who of anime talent. For starters, the film is directed by Tetsurō Araki, who served as chief director for the first three seasons of “Attack on Titan.” The script is courtesy of a certain Gen Urobuchi, creator of “Fate/Zero” and author of “Psycho-Pass”, while “Death Note” creator Takeshi Obata is handling the character designs. But those are just the visuals! Additionally, Japan’s Hans Zimmer, Hiroyuki Sawano (“Attack on Titan”), is composing the music, and Eve (that fantastic opening theme from “Jujutsu Kaisen”) is writing the theme song. In addition to the “Attack on Titan” reunion, the voice of Eren Yaeger himself, Yuki Kaji, is part of the film’s voice cast.

“Bubble” had its premiere as part of this year’s Berlin Film Festival and will premiere worldwide on Netflix on April 28, 2022. If nothing else, it’s shaping up to be one of the breathtaking entertainment of the year.

Here’s the official synopsis for “Bubble:”

In a Tokyo where gravity has broken, a boy and a girl are drawn to each other…

The story takes place in Tokyo, after bubbles that broke the laws of gravity descend on the world.

Cut off from the outside world, Tokyo has become a playground for a group of young people who have lost their families, acting as a battleground for parkour team battles as they leap from building to building.

Hibiki, a young ace known for his dangerous style of play, one day makes a reckless move and dives into the gravity-bending sea.

His life is saved by Uta, a girl with mysterious powers. The couple then hears a unique sound audible only to them.

Why did Uta appear in front of Hibiki? Their meeting leads to a revelation that will change the world.