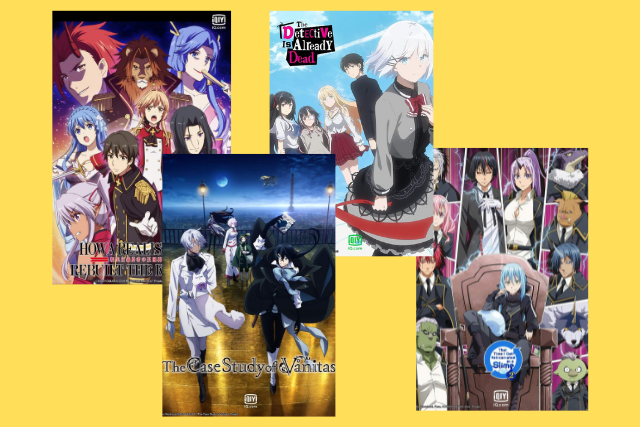 After gaining more than 400 million views in Southeast Asia for its anime content, the streaming app iQiyi rolls out more anime shows.

“The detective is already dead”

The mystery animated series follows the story of Kimizuka Kimihiko, an introverted high school student, who was the assistant to a young detective named Siesta. Solving mysteries and saving lives, they have traveled the world together.

However, after Siesta’s death, Kimizuka decided to live an ordinary life until he met a girl who would bring him back to the life he used to live.

“The Avengers of Tokyo”

One of the shows that people have been looking forward to is the anime adaptation of the manga â€œTokyo Revengers,â€ as it features time travel and crime-solving. Representing the culture of Tokyo Bosozoku, the series features street fight scenes.

If you are looking for a sports-themed anime, this show may be for you.

“RE-MAIN” revolves around Minato Kiyoumizu, who stopped playing water polo after an incident. As soon as he entered high school, his friends convinced him to start playing sports again. However, when Minato had the courage to jump into the water, he lost his skill at playing the sport and even forgot his rules.

This series follows Minato’s takeover in the sport he once played.

Behind the animation of the show is MAPPA, which is also behind “Jujutsu Kaisen” and the final season of “Attack on Titan”.

“This time, I reincarnated in slime” (season 2)

Another highly anticipated series on the list is the second season of “That Time I Got Reincarnated as a Slime”.

Based on the series of light novels written by Fuse, this series follows the story of a Mikami Saturo, who was killed and reincarnated in another world in the form of a slime named Rimuru. The second season continues Rimuri’s quest in a world filled with magic and swords.

If you haven’t watched the first season of this animated series, you can also access it on iQiyi.

“How a realistic hero rebuilt the kingdom”

If you’re up for an anime that has political and social relevance, â€œHow a Realistic Hero Rebuilt the Kingdomâ€ might be the next series you should watch.

Most fantasy fictional stories feature a hero’s quest showing fencing skills, unimaginable strength, and agility. But this anime has redefined the definition of a hero as it focuses on the story of Kazuya Souma, who was transported to the kingdom of Elfrieden, which resembles medieval Europe.

Using his modern knowledge, he put in place policies that will help revive the kingdom’s economy.

“My next life as a villain: all roads lead to misfortune”

This anime follows the story of Catarina Claes, who remembered her past life as a gamer. After regaining her memory, she realized that she had reincarnated as a villain in the video game she played in her past life. Knowing her dark fate as an evil character, she seeks to change her endgame.

This anime follows the story of Noe, a young vampire, in search of the Book of Vanity.

On his way to Paris, he encountered an incident where he encountered a man named Vanitas, who also happens to have the book that Noah was looking for. From then on, their destinies merge.

“The Duke of Death and his Handmaid”

“The Duke of Death and His Handmaid” focuses on Bocchan, a young man who has been cursed by a witch. Everything he touches dies.

Given his condition, Bocchan’s family sent him to a desolate mansion at the age of five accompanied by his butler and later his maid, which will change his life.

This playful humorous anime is based on Kaharu Inoueis manga.