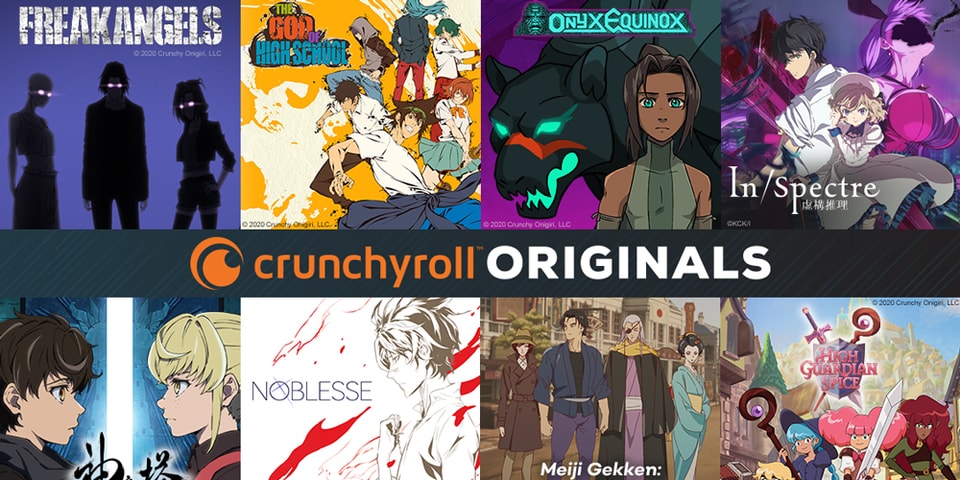 Crunchyroll has announced its first slate of original anime-inspired TV shows, ranging from laid-back family affair to dark and gritty themes. Crunchyroll Originals will be co-produced by Crunchyroll Studios alongside some of Japan’s best-known animation studios like Production IG, Telecom Animation Film and MAPPA.

The move is similar to streaming services such as Netflix and Hulu which have taken strong moves to produce their own original content instead of relying on licensing deals. As such, Crunchyroll (which is owned by Warner Bros.) became the first anime streaming service to have its own in-house animation studio.

Check out the full list of programs below, with the first four being hosted by Crunchyroll Studios:

FreakAngels – Based on the comic book series by Warren Ellis and Paul Duffield which follows twelve 23-year-old psychics as they attempt to rebuild society in post-apocalyptic London.

High Guardian Spice – A series by Raye Rodriguez about four girls who attend High Guardian Academy in order to become heroes to fight an unknown threat to their world.

Meiji Gekken: Swords and Guns (working title) – Set in 1870, the story follows an ex-samurai, yakuza bodyguard, spy and assassin geisha as they adapt to rapidly changing Meiji-era Japan , when the country changed from a feudal to an industrial society.

Equinox Onyx – Created by Sofia Alexander, it follows a young Aztec boy who is saved from death by the gods in order to prove humanity’s potential.
In/Spectrum – A series of supernatural mysteries set in modern Tokyo about a young woman chosen by the spirits to help solve the problems that arise between the human and spirit worlds. It is currently streaming in Japan and on Crunchyroll.

nobility – A co-production with Webtoon and Production IG, who provided the animation. The series is based on a comic book series published by Webtoon about a vampire who reawakens in modern society after over 800 years.

The God of High School – A high school action series, also published by Webtoon, about a high school student and his friends who get involved in a tournament where they use the power of the gods to fight each other. The series is hosted by MAPPA.

tower of god – Based on a fantasy action comic series about a boy who struggles to climb a mysterious tower. This is another co-production with Webtoon, but with animation by Telecom Animation Film (Lupin the Third: Part 5).

In other entertainment news, Disney and Lucasfilm have announced a new star wars saga: The High Republic.

Learn more about our new originals HERE! https://t.co/GRxkojjVVf What are you most excited for???