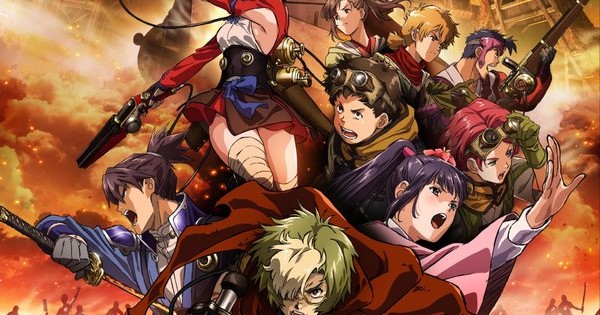 The two compilation films premiered in December 2016 and January 2017, respectively, in Japan. The films cover the first season of the anime with new and improved scenes. Crunchyroll screened the films in North American theaters in April 2017.

the Kabaneri of the Iron Fortress television anime aired from April to July 2016. The series aired on Amazon Prime Video with English subtitles as it was broadcast in Japan. Crunchyroll began streaming the TV anime on November 1.

The “steampunk survival action” story is set on the island country Hinomoto, where humans hide in fortresses called stations from the threat of zombie-like beings with hearts of steel known as of “Kabane”. Only armored locomotives known as “Hayajiro” run between stations.

netflix started broadcasting the Kabaneri of the Iron Fortress: The Battle of Unato (Kōtetsujō no Kabaneri: Unato Kessen) sequel to the animated film on September 13. The film opened in Japan last May and screened for a limited two-week engagement. The film opened at No. 10 at the box office in Japan and topped the mini-theater chart during its opening weekend. The anime has already debuted on netflix and Amazon Prime Video in Japan.