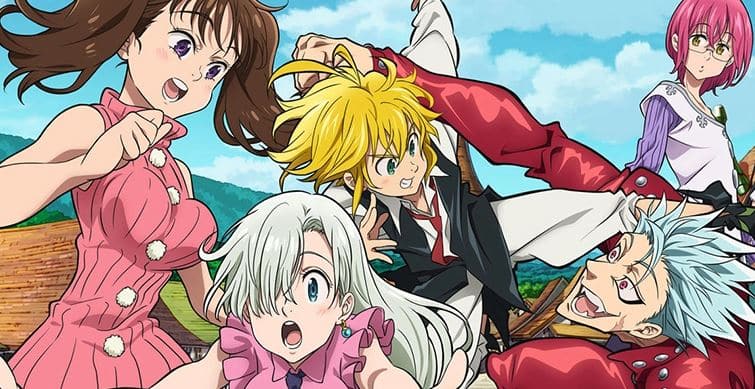 Best anime series to watch on Netflix in 2022

Quick info on: The best anime series to watch on Netflix

Although popular for many years, Japanese anime’s broader impact on Western animation techniques is a considerably more recent phenomenon. Even today, anime has a reputation for being cheesy or vulgar, and it certainly has those qualities. It’s also true that Japanese animation is diverse, and some of its leading creators have pushed the boundaries of what’s conceivable in anime media. It’s crucial to start with series that will be worth your time if you want to get into anime. The good news is that Netflix has some of the best anime series to watch. The bad news is that there are plenty of extremely bad TV shows available on the streaming service.

Luckily for you, we’ve already done most of the legwork and picked out the best Netflix anime to watch, whether you’ve been a fan for a while or just getting started. More anime shows will be added to the Netflix slate in July as it’s summertime. If you watched the One Piece episodes that released in June, you need not worry because this month brings the long-awaited Water Seven/Enies Lobby Saga finale. However, it’s not just a month of delayed releases; there is something in the works for everyone.

When it comes to shounen anime, Naruto is a classic example. While Netflix only includes the first half of the series, Shonen Jump! It’s still worth mentioning as a popular (and, to be honest, entertaining) anime. The story revolves around a boy whose body harbors the fierce soul of a fox demon who terrorized the community on his birthday. Naruto, the young ninja, longs to be welcomed by his tribe and to become a high-level ninja. Naruto recounts his transformation from outcast to young ninja as he meets mentors and makes new friends. The sequel, Naruto: Shippuden, is set a few years later, when young ninjas have grown into young adults embarking on far more serious experiments that test their bonds and morality. Although the show is thrilling, with thrilling battle scenes and mesmerizing powers fueled by natural forces, its success comes from its heart. Ultimately, the show is about belonging, friendship, community, and the bonds that unite people, peoples, and nations, as well as those that separate them.

One-Punch Man is an anime based on a popular webcomic about a superhero who is tired of being a superhero. The problem is, he’s grown to the point where he can defeat any opponent with a single blow. The manga has sold over 30 million copies in print and been nominated for numerous awards. The anime series has also been praised for being an excellent shounen parody. It’s a quick and easy-to-watch series, with only two seasons and 24 episodes. Due to its wonderful sense of humor, quirky hero, and unique animation, One-Punch Man received rave reviews and became a fan favorite.

Neon Genesis Evangelion is a polarizing anime that is a must-watch for any anime fan. It’s possibly one of the most talked about anime of all time and a classic of the mecha genre (shows that basically feature huge battle robots). The series is set in a world once destroyed by alien “angels”. It follows a disturbed young man who trains for combat in the mechanical suits designed to keep them at bay, but it quickly becomes a psychological exercise, leaving audiences wondering where the show ends and the pure philosophy begins. Love it or hate it, the series has become iconic, with musings on loneliness and alienation and a full-fledged animated series slide over doodles and news flashes. With its publication, the anime genre experienced a renaissance, with more popularity and a greater emphasis on exploring the human psyche.

A teenage girl in a magical post-war world is the subject of this 13-episode drama miniseries based on a young adult novel. She became a ghostwriter for people unable to communicate their emotions after serving as a soldier. Her reintegration into society and her struggle to find purpose as she heals her emotional and physical trauma are the focus of the episode.

your lie in april

This 22-episode series follows a young man who was once a piano prodigy but has been unable to play music since the loss of his mother. The performance tells that he rediscovers music and relearns to open his heart. The show is based on a popular manga and is about relationships, trauma, and ultimately love. It also has a nice soundtrack.

Death Note is a darker, more mysterious shounen film about a high school student who discovers a mystical black notebook with the power to kill. He begins using it to assassinate high-level Japanese criminals, prompting the formation of a detective unit to hunt down the enigmatic criminal mastermind. It’s a compelling show with elements of horror and mystery that stands out as one of the best anime shows on Netflix.

Aggretsuko is a one-of-a-kind, slightly more mature anime about a disgruntled office worker (who is also a red panda) who vents her emotions through death metal karaoke. Aggretsuko is a weird but charming series that caters mostly, but not entirely, to those who have worked at a desk and feel underpaid and overworked.

Yasuke was an African man (probably from Mozambique) who was brought to Japan as a slave in the 16th century by an Italian Jesuit. In Japan, he met Lord Oda Nobunaga, a prominent feudal lord, and eventually served him, seeing his death in a famous historical event. The same thing happens in the series (with a few additions), and Yasuke is now a legendary ronin, 20 years after the feudal lord was assassinated, intending to retire but being called back into battle to help a sick boy. .

Yasuke, a Netflix original anime series, received critical acclaim and significant international audiences for its six episodes. From the start, the series was shot in both English and Japanese, with an excellent cast in both languages, including Oscar nominee LaKeith Stanfield as the main character in the English version. Whether you watch in English or Japanese, you will enjoy a unique and entertaining anime series that is worth watching.

The best animated films of all time

10 Most Unmissable Anime Movies Of 2022, According To Ranker