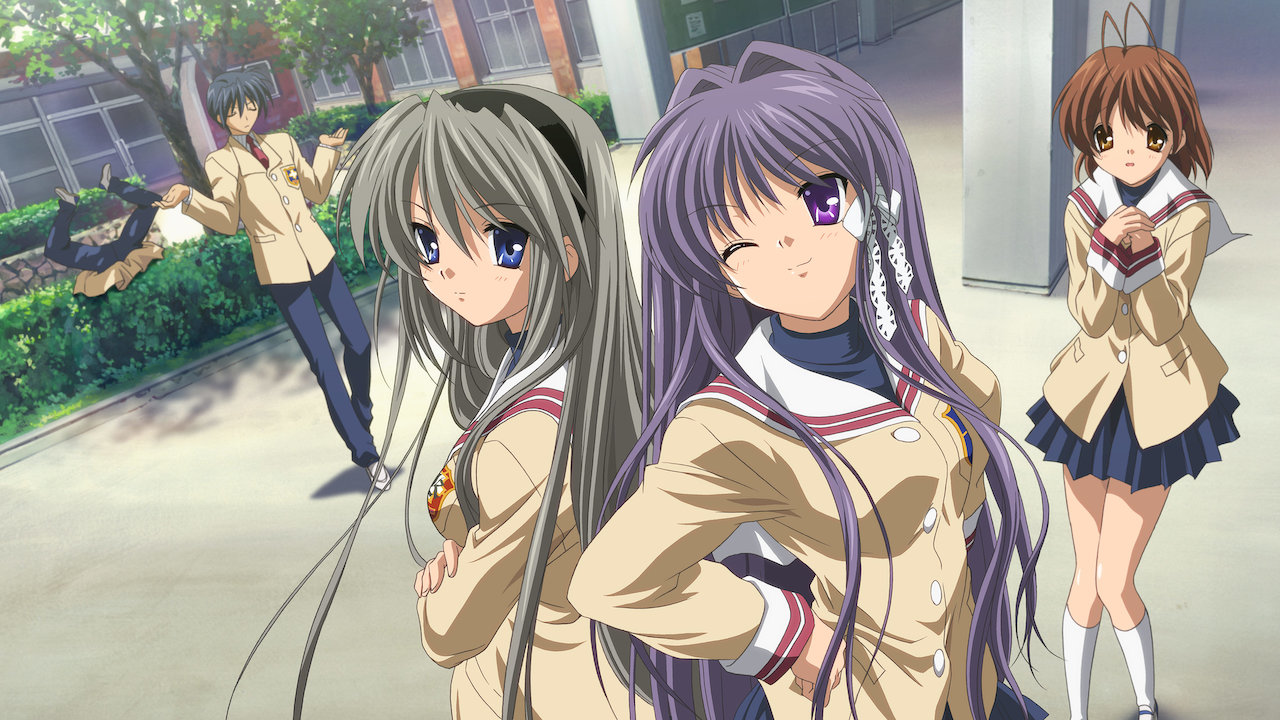 Clannad is one of the beloved and emotional anime series that has always graced our existence. It’s the perfect mix of romance in the slice-of-life genre. There are a variety of people who enjoyed the anime series, although Clannad’s debut came as a visual novel developed by Key. This was three years before the start of the original anime. Since that moment, Clannad has established itself as one of the iconic series in the anime community.

The show mainly focuses on friendship as well as camaraderie. Later in the scenes, we also get an emotional and heartwarming view of the family. Clannad is surely a very high recommendation among people who have been watching anime shows for a longer time. Thus, here we have similar anime recommendations to watch if a person likes Clannad.

This anime series, Angel Beats, shines the spotlight on a male protagonist whose name is Otanashi. He dies and then meets a woman whose name is Yuri. The whole show takes place in the afterlife. Yuri is determined to lead an army against a woman whose name is Angel. Even though Otanashi questions everything and decides to join Yuri’s cause, he later becomes invested in Angel. This is how we witness Otanashi’s journey to uncover the truth.

Just like we saw in Clannad, Angel Beats also used a great soundtrack and was beautifully animated. All the while, you should know that these two anime series can fill a viewer’s eyes with water, Angel Beat mainly focused on comedy. If you are one of those people who loved watching Clannad, then Angel Beats is the best recommendation for you.

This animated show, Little Busters, shines the spotlight on a boy named Riki Naoe. He joins a heroic group known as the Little Busters after receiving an invitation from a man named Kyousuke. Now in his last school year, the guy wants to start a baseball team. Although this team he forms requires many more people to join. In addition to this factor, a character in the story discovers a document that requests the help of Little Busters to discover the secret of the world by completing various missions.

This is why the anime details Riki’s recruitment as well as a hidden research journey. Just like Clannad, we also have Little Busters which kicks off as a visual novel created by Key. Little Busters will surely leave all fans in tears as it mainly focuses on tension, love, family and friendship. If you are the person who enjoyed watching Clannad, then Little Busters will not disappoint you at all.

This anime series, i.e. K On, revolves around a girl named Yui Hirasawa. She comes to her school’s music club in order to quit her bid request to join the club. This is because Yui thinks she meets the club’s expectations to join them. All the while, the audience can see how this club gets frenetic enough for people to join, and thus, they manipulate Yui into joining them. Later in the scenes we see that she is part of this group at her school. The whole anime is about how Yui spends her time with her friends at the club.

Clannad, as well as K On, featured characters who have a similar mindset with goals to form a club. Well, the two shows are quite similar, but Clannad focuses more on the emotions while K On focuses more on the comedic side of things. However, the animation, as well as the soundtrack of this anime, will leave all fans with a soothing effect. If you are someone who loved watching Clannad, then K On is surely the series for you.

This show is all about a male protagonist named Houtaro Oreki. In the story, we find that his sister recommends him to join a club where he is required to solve an ancient mystery about his origin. Additionally, the anime show highlights Oreki’s mission to solve this old case along with a variety of other quests that come with expertise and skill. There are even his fellow club members by his side to keep him company. Just as we saw in Clannad, Hyuoka can be considered one of the most popular series made by Kyoto Animation.

Much like we saw Tomoya from Clannad, Oreki also has some of that similar, indifferent mindset that eventually changes as we progress through the show. All the while, the animation as well as the manner of art employed in Hyuoka is superb. If someone liked watching Clannad, then Hyuoka is the right recommendation for you.

The Melancholy of Harumi Suzumiya

This anime series casts all the spotlight on a male college student named Kyon. He gets influenced by a classmate named Haruhi Suzumiya in order to form a club over his passion for all the inhuman things she loves. Much to his dismay, the audience can see him joining this strange club with three of his comrades. This animated show focuses on how they go through a variety of endeavors with their club higher up. Just like we saw in Clannad, Haruhi Suzumiya’s Melancholy also emphasizes romance as well as fun.

The male leads of both shows have a fairly unceremonious outlook on life, and both have very good animation. They even have an attractive art style as well as a pretty gorgeous soundtrack to go with it. If anyone enjoyed watching Clannad, then The Melancholy of Haruhi Suzumiya is something that won’t disappoint you at all.

EF: A story of memories

This anime series tells the story of two stories that feature a variety of themes such as romance as well as denial and memories that eventually coalesce into a fairly cohesive storyline. The first tale in this batch highlights a growing relationship as well as jealousy between friends. The whole is surmounted by an affection unknown from afar.

The second tale, however, features a man who is challenged to test his childish attitude as he converses with a woman who has a mild memory problem. Just like we saw in Clannad, EF: A Tale of Memories also used the dramatic and romantic genres that are enough to touch the hearts of everyone who watches the series. This anime show also has a long-form music score that is going to keep all the fans engaged throughout the episodes.

Your lie in April

This anime show, Your Lie In April, shines the spotlight on a pianist who goes by the name Kousei Arima. The character is no longer able to play the piano due to the death of his mother. After a few years, Kousei meets an expert violinist who encourages him to play her instrument again. So, the whole anime show is about Kousei rediscovering his love for the piano while on a journey. Much like the themes we encountered in Clannad, Your Lie In April also used a variety of scenes that were both emotional and dramatic. The characters, too, begin to develop over time. Also, the soundtrack which is the backbone of Your Lie In April is as breathtaking as we have seen from Clannad. This show is a must anime recommendation for a person who enjoyed watching Clannad.

Read: Anime like Alice in Borderland that fans need to watch right now