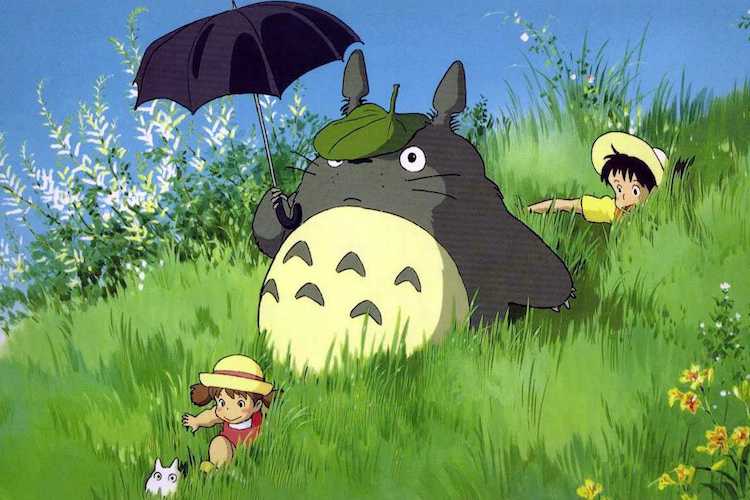 While Hollywood animated movies have always been easily accessible, Netflix now offers wonderful movies like “My Neighbor Totoro” and more.

When Princess mononoke Released in 1997 in Japan, the animated film caused such a sensation across the country that it became the very first animated feature to win the Best Picture award at the 21st Japan Academy Prize. This victory was a huge starting point for animated films in the country, changing the way this content was consumed by audiences and critics.

When considering the list of award-winning Japanese animated films, the contribution of Studio Ghibli, founded in 1985 by Hayao Miyazaki, Toshio Suzuki, Isao Takahata and Yasuyoshi Tokuma in Tokyo, Japan, cannot be ignored. This studio has several bigger incomes on their list, most of which are mentioned below.

Here’s a list that will help you familiarize yourself with some of the best animated feature films made in Japan, a list that will open up a whole new world of fantasy, adventure, and love for you.

By the way, Totoro, the giant, friendly and fluffy forest spirit is the mascot of Studio Ghibli. It is to say the least that this film is cult, especially among children. Sisters Satsuki and Mei move into an old house with their father while their mother is in the hospital for treatment. On a sunny afternoon, playing in the garden near her house, Mei follows two rabbit-like creatures through a tunnel made of lianas, to a large camphor tree. This is where Totoro takes a nap, his giant body heaving with each breath. The movie gets exciting from there, the appearance of Totoro – later with the umbrella he is particularly fond of – adding more magic to the story. The film won two Kinema Junpo Awards in 1989 – Best Film of the Year and Readers’ Choice Award – Best Japanese Film.

This film is an adaptation of the book of the same name by Japanese children’s writer Eiko Kadono. Also directed by Studio Ghibli, this film won the Mainichi Film Award for Best Animated Feature. A coming-of-age drama, the film is about a young witch Kiki who leaves the house with her black cat Jenji to make a living on her own. She flies a broom and runs a delivery service that proves to be difficult … but what is even more difficult is beating her inner battles.

â€œTo be a butterfly, a caterpillar must first become a chrysalis. Even if he never, for a moment, wanted to become one. Did I remember those days so clearly because I needed to be a chrysalis again? Certainly things were different from when I started working. At work and at play, we girls seem to have a lot more fun than the boysâ€¦ We felt like we had taken offâ€¦ grade self is trying to tell me to find a new way to fly.

Often, animated films are considered children’s content, but Only yesterday stands out for its deeply philosophical approach to the lives of girls and women. Taeko, the protagonist, is almost 20 years old. She is single and has an unusual taste for the countryside. On her trip to a village, where she will work with a family picking safflower, Taeko is accompanied by an unexpected friend – Grade 5 Taeko. Written and directed by Isao Takahata for Studio Ghibli, Only yesterday is considered a classic.

This animated comedy chronicles the adventures of an Italian WWI veteran turned bounty hunter who is transformed into an anthropomorphic pig due to an unfortunate curse. Porco Rosso, for “Red Pig” in Italian, was appreciated for its approach to Italian fascism, layered with a political subtext. It is based on a manga by Miyazaki called HikÅtei Jidai (Age of the Flying Boat) and became a box office hit, also receiving critical acclaim along the way. 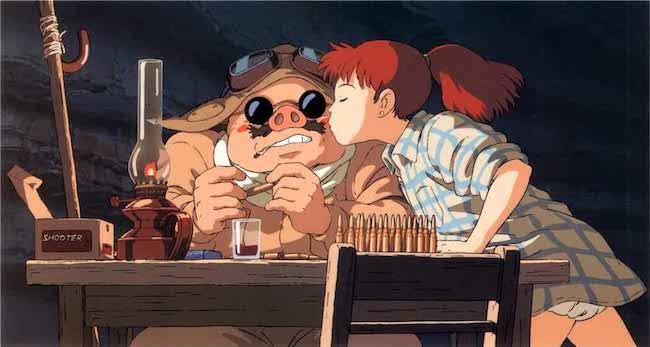 Ashitaka, the last Emishi prince, is cursed as he tries to protect his village from a god turned demon. He must now flee, never to return, with the looming threat of the curse that will ultimately lead to his death. Ashitaka rides west on her tracks in search of the cure for her curse. Along the way, he meets San aka Princess Mononoke who rides the wolf, Forest Spirit Shishigami, Lady Eboshi who rules Iron Town, and more. This film has at its heart the conflict between humans and nature, and delivers a deep message about coexistence.

As Alice falls into Wonderland, falling head first into the hole, Chihiro walks into what is first seen as an abandoned amusement park, reluctantly with her parents. At sunset, a public bath comes to life, shadows take shape and spirits of odd sizes are welcomed inside. How does Chihiro, who discovers with horror that her parents have been turned into pigs, escape Yubaba, the witch who controls the public baths, save her parents and find her way back to the human world? Abducted as if by magic received a phenomenal response, racking up the rewards. In addition to winning the Best Picture Award at the 25th Japan Academy Prize, it also won the Golden Bear at the 52nd Berlin International Film Festival and Best Animated Feature at the 75th Academy Awards. 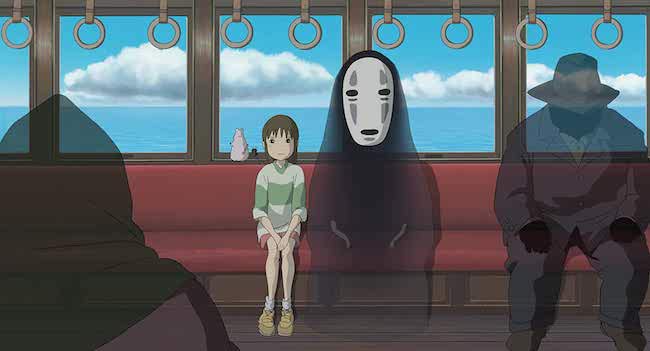 The film, set in 1940s Japan, tells the story of a young woman caught in the murderous tentacles of World War II. This heart-wrenching story was best loved for its straightforward narrative. The film is about Suzu, a naive young woman passionate about drawing and her resilience in the face of extreme adversities. The film won several awards including the 40th Japan Academy Film Prize for best animated film.