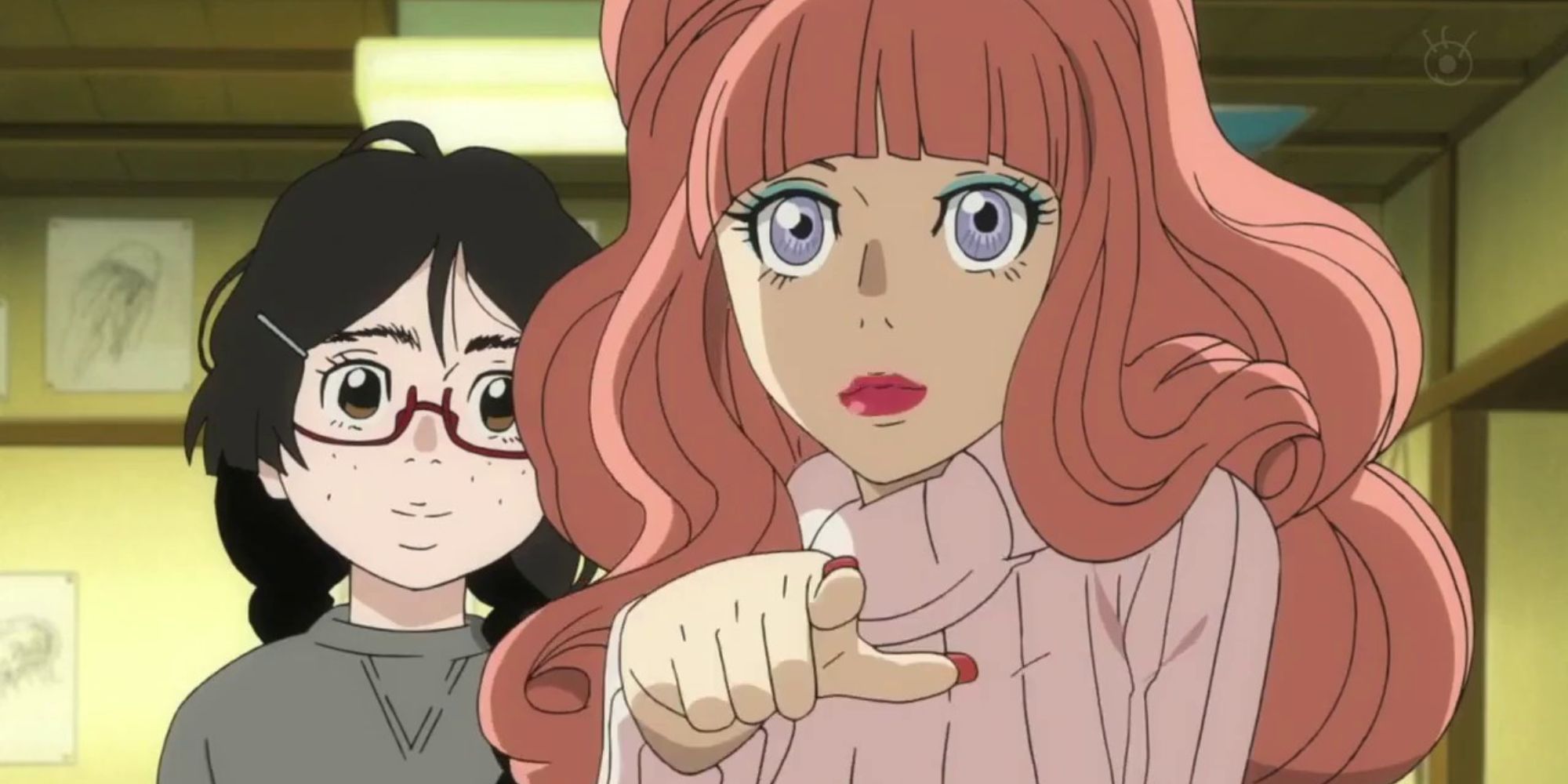 With such a diverse range of content, anime offers audiences the opportunity to connect with all kinds of stories and characters. There are many anime series and movies featuring LGBTQ+ characters. However, just like with Western media, these characters and their stories tend not to be explicitly part of the LGBTQ+ community or a significant aspect of anime.

While there are many other anime series and characters that offer wonderful representation to audiences, it’s the LGBTQ+ anime series that aren’t afraid to be open and proudly focus on their queer content.

The oldest and one of the oldest anime series, princess knight began as a manga in the 1950s. The book became popular enough to launch an anime adaptation which first aired in 1967.

As one of the earliest examples of queer manga/anime, this series tells the story of a baby born with two hearts, one male and one female. Throughout the series, Princess Knight expresses both male and female gender identities, dressing in gender-typical clothing to represent it. Playing with gender roles and queer relationships, this animated series was certainly ahead of its time.

Although this dystopian sci-fi anime series does not focus its story on romance, the relationship between the two main characters, Shion and Nezumi, is explicitly shown evolving into romance as the series progresses.

With action and mystery at the forefront, the gay romance that develops between the two young boys acts as a coming-of-age storyline which, without overshadowing the rest of the story, is essential to the narrative and offers a new LGBTQ+ romance at the heart of a sci-fi anime.

Known in Japan as Horo Musuko, this 2011 anime throughout its short run is now considered one of the most influential LGBTQ+ anime series. Confronting trans issues directly, the two main characters, Shuichi Nitori and Yoshino Takatsuki are both trans characters.

Depicting their struggles and conflicts with their own bodies and identities, Shuichi is a girl who was born as a boy, and Yoshino is a boy who was born as a girl. The story follows these two characters on their journeys of self-acceptance and does a particularly good job of representing gender dysphoria.

Another quick watch, this short rom-com anime from the 2000s follows Yukari Hayasaka. Approached by a group of fashion design students who ask her to be the model for their clothing brand”Paradise Kiss”, Yukari enters a new world of romance and fashion.

Although the main romance of this anime is not the LGBTQ+ element, the focus is on one of its central characters, Isabella, a trans girl. The anime often depicts the importance of trans acceptance and addresses topics of gender identity in the fashion industry. Overall, the show is about expressing yourself.

This comic slice of life centers on Tsukimi Kurashita whose life changes when a mysterious, beautiful woman (who really isn’t a woman but actually a cross-dressing man named Kuranosuke) helps him rescue a jellyfish from a pet store.

Kuranosuke, who identifies as a man but frequently cross-dresses, helps Tsukimi overcome her anxiety and lack of self-esteem and find happiness, by transforming her into a princess in the same way as Kuranosuke. This anime manages to tackle some serious topics regarding both LGBTQ+ issues and mental health while maintaining its heartwarming comedic tone.

Although a relatively new series, this 2018 romantic drama anime has established itself as one of the most influential anime series in the LGBTQ+ community. Known in Japan as Yagate Kimi ni Naru this anime is said to be less of a romance and more of a love story about self-discovery.

In love with the concept of love, the main character Yuu Koito has always been waiting for romance, but when a male classmate confesses to her, she feels nothing. Thinking she is incapable of experiencing love, this changes when she meets Touko Nanami, the two girls struggling to come to terms with their own feelings and identities.

A landmark series in terms of LGBTQ+ animated series, this 1997 fantasy directly confronts issues of race, suppression, feminism and sexuality and consistently encourages themes of revolution.

Sometimes referred to by its Japanese name, Shojo Kakumei Utena, this classic animated series follows an orphan princess named Utena who is inspired to become a prince. A misunderstanding leads Utena to join the Duelists fighting for the property of a wife, Anthy. With a need to prove himself as a prince, Utena fights for Anthy’s objectification, wanting to save her.

This anime adaptation of the influential ’80s BL (Boy’s Love) manga of the same name is one of the best-known series to make this list.

RELATED: Top 10 Streaming Animated Intros Of All Time, According To Spotify

A blend of action and adventure, the series features young heir and leader of a New York street gang, Ash Lynx, as he investigates the mysterious Banana fish. The show deals with heavy subject matter, including topics of abuse, and its coy portrayal of the relationship between Ash and Eiji (a Japanese photographer who reports on American street gangs) strongly reflects its 80s setting.

Many BLs have gotten a bad rap in the past for fetishizing gay characters and relationships, but Given is an example of anime that features explicit same-sex relationships without being exploitative.

Centered around a group of high school and college students, this romantic slice-of-life drama focuses heavily on the relationships between its members. The series is also followed by a touching animated film full of emotion and warmth.

Often considered one of the most important must-have anime series, Yuri!!! On the ice is arguably considered the most successful LGBTQ+ anime series to date. Featuring a diverse cast of characters, this anime series introduced many people to the LGBTQ+ community in anime form.

Following Yuuri Katsuki, one of Japan’s most promising figure skaters, this romantic sports anime centers on Yuuri’s ascending journey through the figure skating ranks and the blossoming relationship between her new coach, world champion Victor Nikiforov .

NEXT: Spy X Family: Reactions to the New Series, from Reddit

Disney’s New Daredevil Series Would Be A Continuation