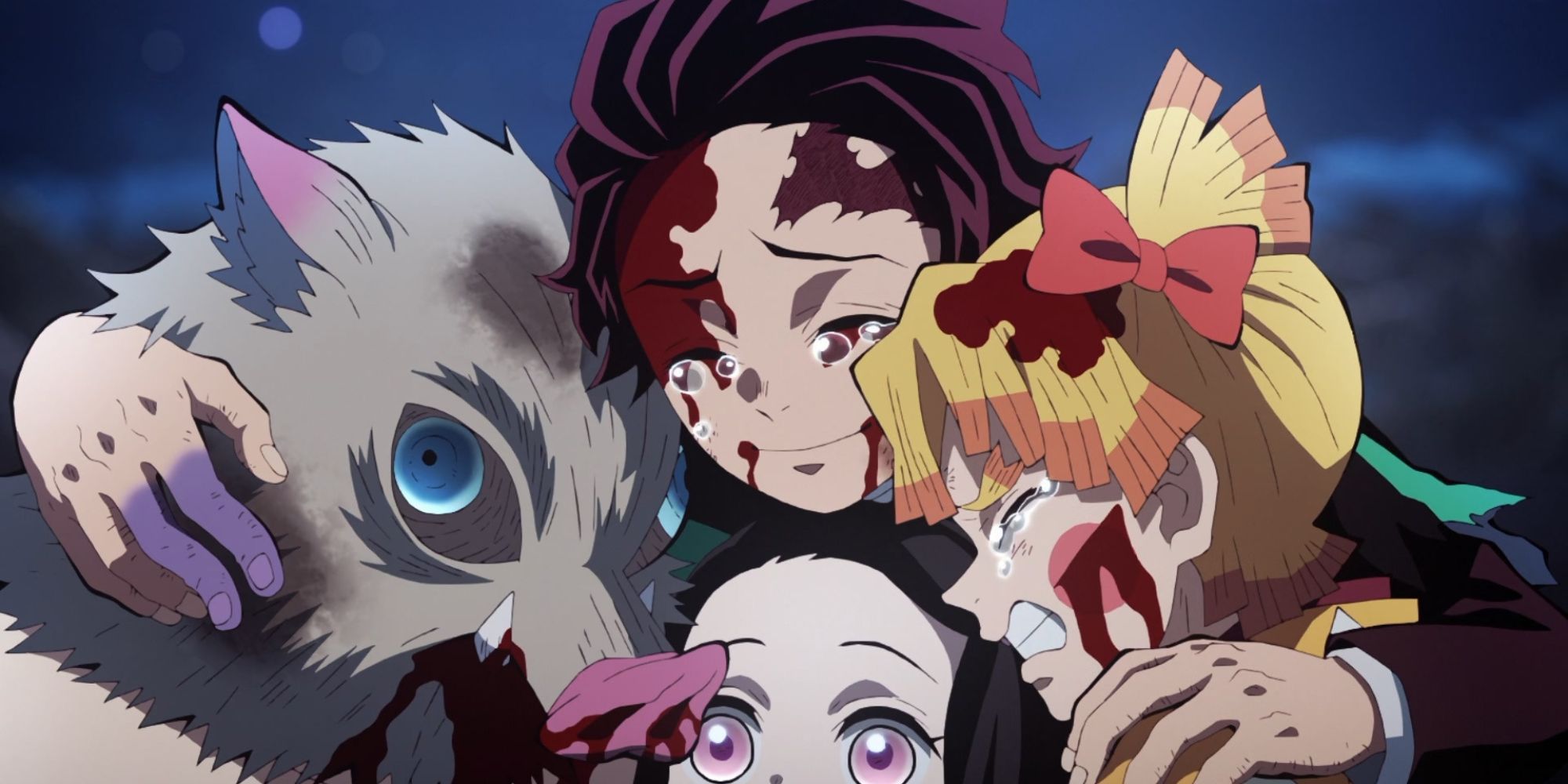 But, with so many great shows, each promising better animation than the other, it’s hard to decide which anime to watch and which to leave behind. Here are some shows that feature the greatest animation ever in an anime.

Studio Bones animated Mob Psycho in a somewhat comical way. Unlike other anime, the characters in Mob Psycho don’t look very appealing. the colors look pale and everything else looks average. But, once the action begins, that’s when Studio Bones shows us its true potential. Each action scene is quite detailed and colorful. Especially when Mob lights up, it’s hard to take your eyes off the scene.

Mob Psycho is the story of an overpowered psychic named Shigeo Kageyama, who lives in a world where a few select individuals have psychic abilities. While some people try to use their powers to dominate the world and hurt others, a few people, like Mob, save humanity from these evildoers.

The Garden of Sinners is a 2013 anime, but after all these years, it’s still hard to find a show that matches the quality of the visuals. Every character and every scene in the series looks like a flawless work of art. No wonder people consider Ufotable the best animation studio. The franchise has a total of nine movies and an anime series with a total of 13 episodes.

The show is set in September 1998, when a shocking series of high school girl suicides take place. The reason for their suicide remains a mystery as they had no apparent reason to end their lives. Shiki, the series’ main character, tries to figure out the reason behind the atrocities and soon discovers a strange force behind it all.

This series proves that good animation isn’t just about presenting awesome action scenes in the most unique way possible. Violet Evergarden shows beautiful surrounding scenes and landscapes that are enough to express the emotions of the characters. From running water to starry nights to modern architecture, every scene in the series is exquisitely detailed.

The great war has finally come to an end after four years, and Violet Evergarden, a young girl, previously known as “the weapon”, has started a new life in the CH postal service. Violet is deeply impressed by Auto Memories Dolls and becomes one herself. She meets different people with different emotions and tries to figure out the meaning of the words given to her on the battlefield by someone she loves.

While the story and other elements of the series have had mixed reactions, one thing everyone loves about Sword Art Online is its animation. Another thing fans love about the show is its music which is perfect for any situation. A-1 Pictures is the animation studio behind the series, well known for its outstanding work in several animated series.

The story is set in the year 2022, when new technology, NeverGear, allows players to enter a video game for a real experience. Kirito enters the Sword Art Online game using this technology, where he befriends Klein. Their gaming experience becomes their biggest nightmare when the logout option is removed, and the only way out of the game is to complete all levels.

The biggest credit for One Punch Man’s success goes to its overpowered character Saitama and the fun, clever writing featured throughout the series. But let’s not forget how hard Madhouse and JC Staff worked to animate the action scenes. Every fight in the series is able to bring out Saitama’s supremacy perfectly.

Where all the other characters yearn for more power, Saitama can’t find an opponent who can withstand him more than one punch. He also joins the Hero Association to meet powerful villains, but no one meets his expectations. Few understand his potential other than his disciple, Genos.

From animation to storyline, character development and soundtracks, this series lacks nothing to be a masterpiece. There are two seasons of Fire Force, each consisting of 24 episodes, and a third season is slated for release in 2023.

RELATED: The Most Underrated Anime Series You Shouldn’t Miss Watching

Humans fall victim to Spontaneous Human Combustion, a plague known to turn them into mindless monsters known as Infernals. To deal with it, a team of people known as the Special Fire Force is prepared, which is also joined by the series’ main protagonist, Shinra Kusakabe.

From the characters’ expressions to the surrounding locations, the creators tried to give originality to each scene. The background details look so authentic and the action scenes will drive you crazy. Despite being a 2006 series, Fate/Stay Night outperforms the animation of most anime series.

It is the story of Shirou Emiya, a teenager who enters the deadly tournament known as the Fifth Holy Grail War, where fighters from all over the world enter and fight using deadly weapons and magic to win the competition and get their wishes granted by the Holy Grail.

Whether it’s a list of the best anime shows or the ones with the best animation, Jujutsu Kaisen deserved a spot on this list. With so many different characters with cursed techniques and distinctive domain expansions, it must have been difficult for studio Mappa to animate the series, but they pulled it off perfectly.

In the world of Jujutsu Kaisen, people’s negative emotions give rise to curses. The stronger the emotion, the stronger the curse. The king of these curses is Ryomen Sukuna, and Yuji Itadori becomes his host. Yuji is forced to join Tokyo Prefectural Jujutsu High School, where great wizards work to remove curses.

There is nothing bigger than Attack on Titan for anime fans in recent years. The series is one of the most awarded anime series of all time which also includes several awards for best animation. The first three seasons of AOT were animated by Wit Studio, while Mappa took over animation for the final season. But, there is nothing to complain about the work done by the two.

Attack on Titan is the survival story of Eren Yeager and hundreds of others like him who live in a world where giant humanoids known as Titans attack humans and kill them without mercy. To free people from the Titans, Eren and his friends join the Survey Corps, who kill them using special equipment.

What Ufotable did with Demon Slayer still sounds amazing. After watching the first season, fans appreciated the show for its wonderful animation. Then came the Mugan Train Arc, and everyone believed the animation couldn’t get any better. Next, fans witnessed the Entertainment District Arc, and each image looked like a framed piece of art.

The world has become a place where human life is threatened by demons. Someone has to save humanity, and the Demon Slayers have taken on that responsibility. They fight demons of different levels, while their ultimate goal remains to kill the Demon King Muzan Kibutsuji.

NEXT: Anime Characters Who Can Defeat Goku